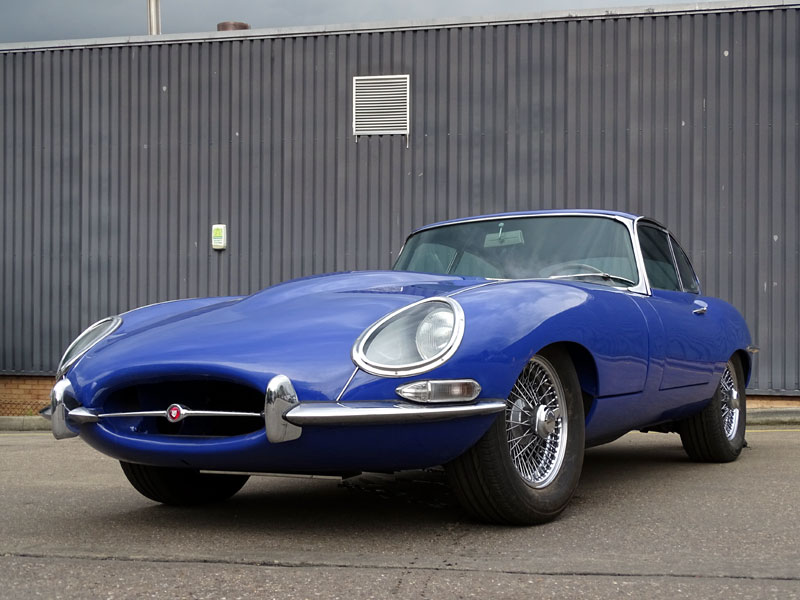 The last E-Type Jaguar rolled off the production line in 1975, yet the model still has a unique ability to excite enthusiasts of all generations, its Malcolm Sayer-penned lines thought by many to be among the most striking ever to adorn a motorcar. Like the XK150 before it, it was born of Jaguar's competition successes on the race tracks - this was no ordinary motorcar, it was a true thoroughbred. The E-Type made its debut at the 1961 Geneva Salon and from birth was available as a Fixed Head Coupe or a two-seater Roadster. At launch the newcomer was the fastest production car of its time - its 3.8-litre straight-six engine allowing a 0-60mph acceleration time of a whisker over seven seconds and top speed of c.150mph. Despite this, the engine size was increased to 4.2-litres in October 1964, with which came a sweeter all-synchromesh gearbox, better brakes and more comfortable seats.

This left-hand drive Series I Fixed Head Coupe left Browns Lane in 1967 and was supplied new to Jim German Esq. by Jaguar Cars of New York. Bought by the vendor in Florida, USA as a stalled restoration project complete with overhauled engine, the E-Type is understood to have had its bodywork refurbishment completed by Smart Marh Restorations (including all new rubbers and seals) and also to have been treated to an interior re-trim encompassing new carpets. Attention has reportedly been paid to the mechanics too with the braking system being overhauled and new shock absorbers fitted plus a new clutch, fuel tank, fuel pump, lights and radiator. Riding on new wire wheels shod with fresh tyres and sporting a stainless steel exhaust system, the Jaguar has resided with the British vendor in Spain for the past few years and is offered with Heritage Certificate, collection of invoices and EU import paperwork.
Share: