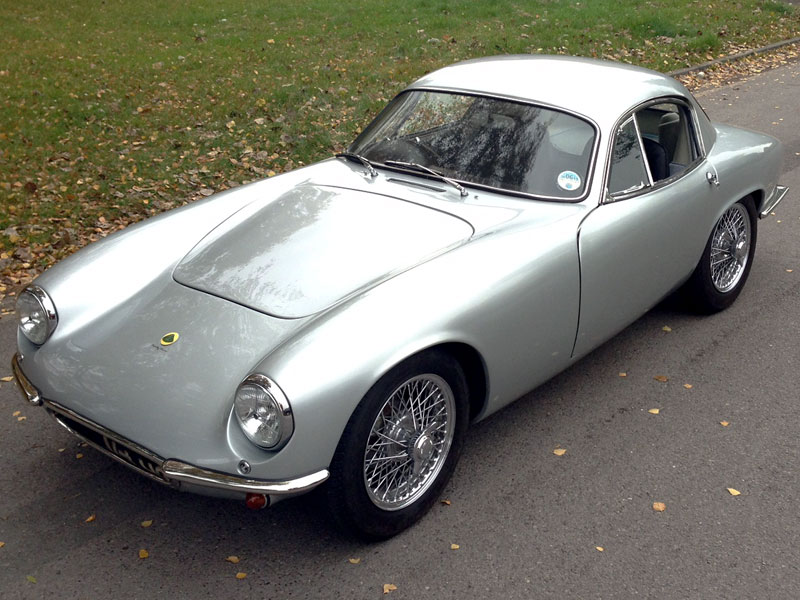 Unveiled at the 1957 London Motor Show, the Elite (Type 14) was Colin Chapman's first production road car and also the world's first fibreglass monocoque. The specification included F2-derived all-round independent suspension and four-wheel disc brakes (inboard at the rear). Powered by a Coventry-Climax SOHC four-cylinder engine mated to four-speed manual transmission, its amazing 0.29 cd allowed all but the basic variant to claim a top speed of over 120mph. The work of Peter Kirwin-Taylor, aerodynamicist Frank Costin and John Frayling, the coupe's super sleek silhouette is still considered a masterpiece.

This series 1 Elite comes to the market for the first time in over 50 years. Originally supplied direct from the factory to Ashmore Bros of West Bromwich. The Ashmore family were a well-known and highly successful racing family who reached the dizzy heights of Formula One in the 1960's in a Lotus 18. The Elite was owned by the Ashmore Bros until the most recent owner is recorded taking title to the car in 1966.

In 2006 a full body off chassis restoration was started. The work was fully photographed and a detailed photographic and financial record of the rebuild is supplied with the car. The total cost of restoration was £44668.08. The bodywork and various other tasks were entrusted to renowned specialist Paul Matty amongst others. The matching numbers engine was rebuilt some 200 miles ago by the Climax specialist John Smirthwaite. The car sits on new chrome wire wheels and looks superb in silver with black leather trim.

The vendor reports it to be running perfectly with no faults and it is accompanied by a substantial history file including the original green logbook. This Elite represents the rare chance to own one of the most iconic cars of the period presented in superior condition with interesting history and only two owners.
Share: