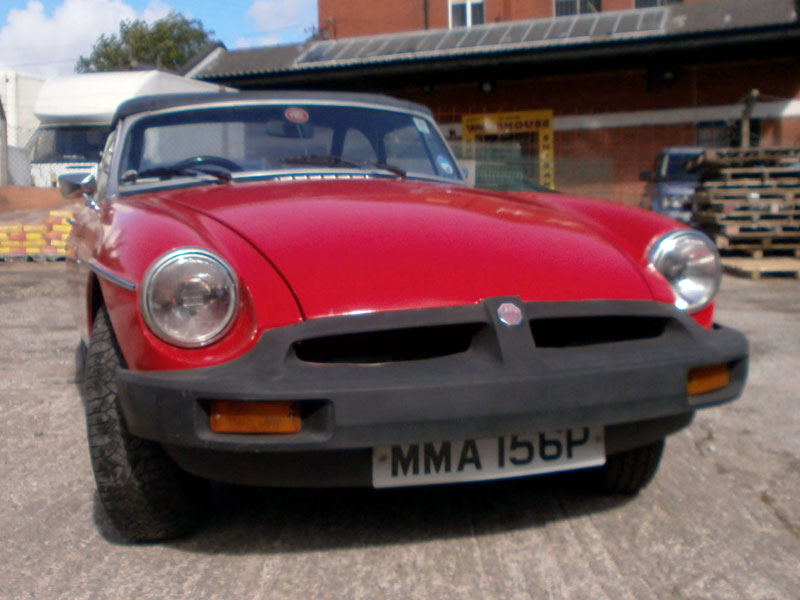 Following its replacement of the MGA in 1962, the MGB was steadily updated during its 18 year reign. The MKII of 1967 brought a superior manual gearbox with revised ratios and synchromesh on all gears, as well as the option of a Borg Warner automatic unit. In 1969, Rostyle wheels replaced the previous pressed steel version for standard fit. With the MKIII derivative of 1972 came a new facia and improved heater. However, the biggest visual change in the car's history occurred two years' later, when steel reinforced rubber bumpers replaced the chrome ones and the ride height was raised by one inch. By the time Roadster production ceased in October 1980, a total of 399,070 are said to have been produced.

This right-hand drive 1975 Roadster is equipped with manual transmission and finished in Red with Black vinyl trim. Recently treated to some new panels and remedial welding of the floorpan, `MMA 156P' was also the subject of considerable improvement in 1998, when a replacement engine was installed, along with a fresh hood, windscreen and quarter-lights. At the same time the suspension was overhauled, the paintwork refreshed and the boot recarpeted. The vendor now regards the bodywork, paintwork, interior trim, engine and gearbox as "good". The MG is MOT'd until February 2013.
Share: