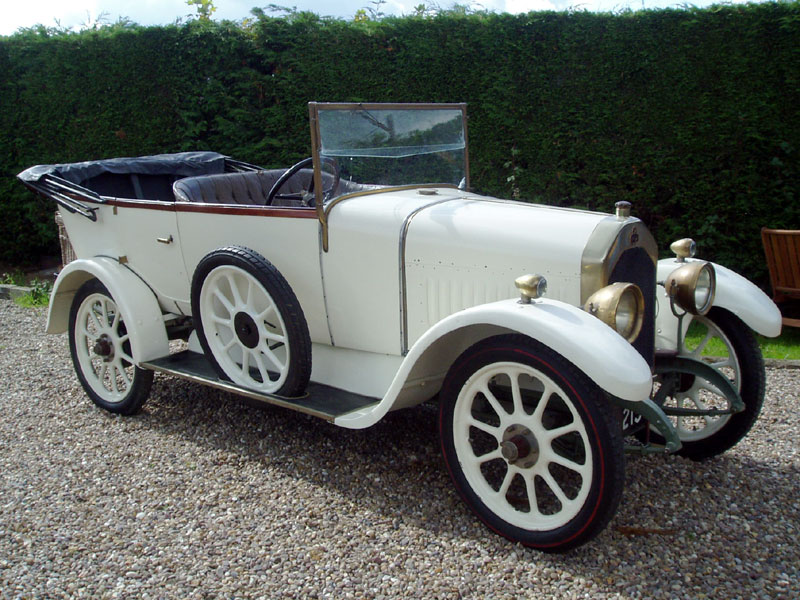 The British Swift concern manufactured motorcars in Coventry from 1900 to 1931. Up to 1907 they were powered by proprietary engines from De Dion Bouton etc, but Swift then began making some of its own powerplants to the design of Works Engineer William Radford. Following the First World War the company's model range was simplified with the excellent 1100cc 10 being joined by a 1940cc 12 (M Type) with four-speed gearbox, some 1,500 examples of which were made before the model was finally superseded in 1925.

This Cream-coloured right-hand drive M Type Open Tourer was manufactured in March 1923 and apparently unearthed from a Welsh barn during 1991, where it had lain since being rescued from a farm some years earlier. Restoration was commenced the same year by a professional engineer/enthusiast, who reportedly found the vehicle to have suffered "very little mechanical wear" (suggesting the indicated mileage of 32,947 could well be correct) and to be "remarkably well preserved and original". The vendor now classes the bodywork, paintwork, four-cylinder engine and four-speed transmission as "good" and the electrical system and Tan-coloured buttoned-leather interior trim as being "in need of completion". The car's sale includes photographs of the restoration work carried out. The Swift was seemingly last taxed in 1932.
Share: