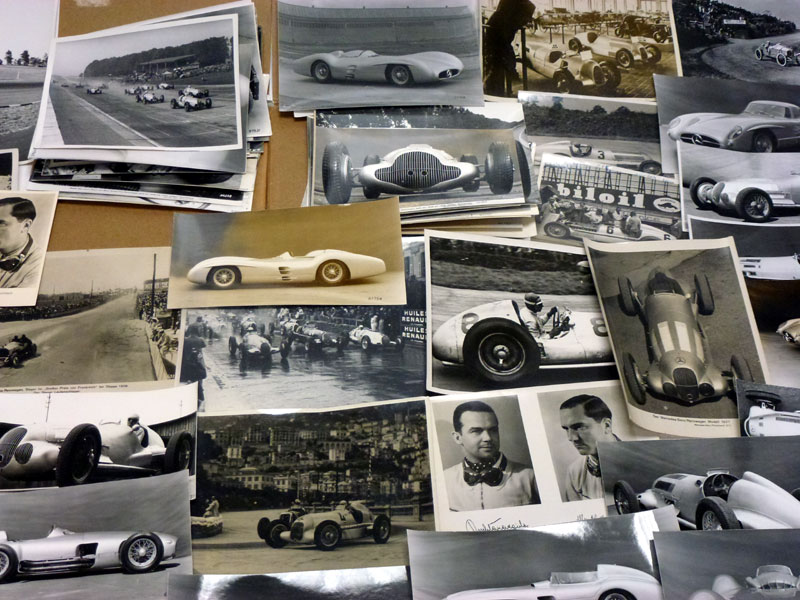 A varied selection of pre and post war photographs, to include two folders of factory press photographs, within their original packaging, primarily large format - 68 in total, with models depicted including the 300 SLR, W125, W196 and many others. Together with a selection of small format photographs depicting Lang and Fitch (under the supervision of Neubauer) testing the No. 23 'streamliner'. Plus a large format album, containing a collection of large black/white silver gelatine photographs of the Mercedes-Benz W196 (in both of its body configurations); along side the drivers, team and Alfred Neubauer, in the pits at Rheims, 1954 and early technical photographs and press photographs of the same period. Finally, a box containing 13 other period photographs is included of varied size and subject matter, including pre-war press dept racing photographs. (Qty)
Share: