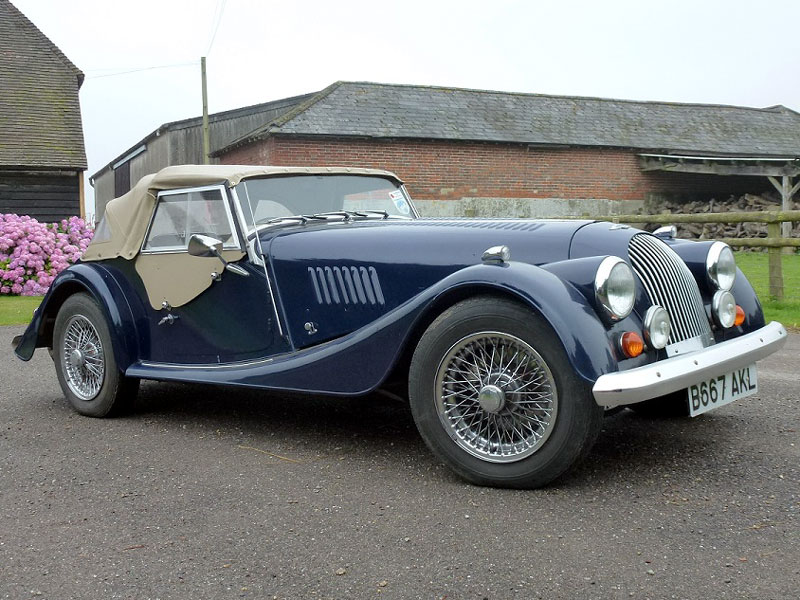 - Formerly owned by the Governer of St Helena and showing just c.15,800 miles

- In the current ownership since 1989

Purchased new by Mrs C A E Baker in October 1984, this Morgan was subsequently shipped via the Bravo Sif to St Helena where her husband, Mr F E Baker CBE, was Governor. Returning to the UK in 1988, it was subsequently acquired by the vendor (the second owner) in 1989 with c.3,000 miles on its odometer. Registering just 15,857 miles at the time of cataloguing, it is finished attractively in Blue with Cream interior and is understood to be powered by a Ford XR3 engine mated to a 5 speed gearbox. Described as being in "good" condition as regards its bodywork, paintwork, engine and transmission with "a little wear" to the interior, the car is accompanied by an Owner's Handbook, assorted invoices and expired MoTs dating back to 2000. A low mileage example with just two owners, this handsome Morgan is expected to possess a fresh MoT by the time of sale.
Share: