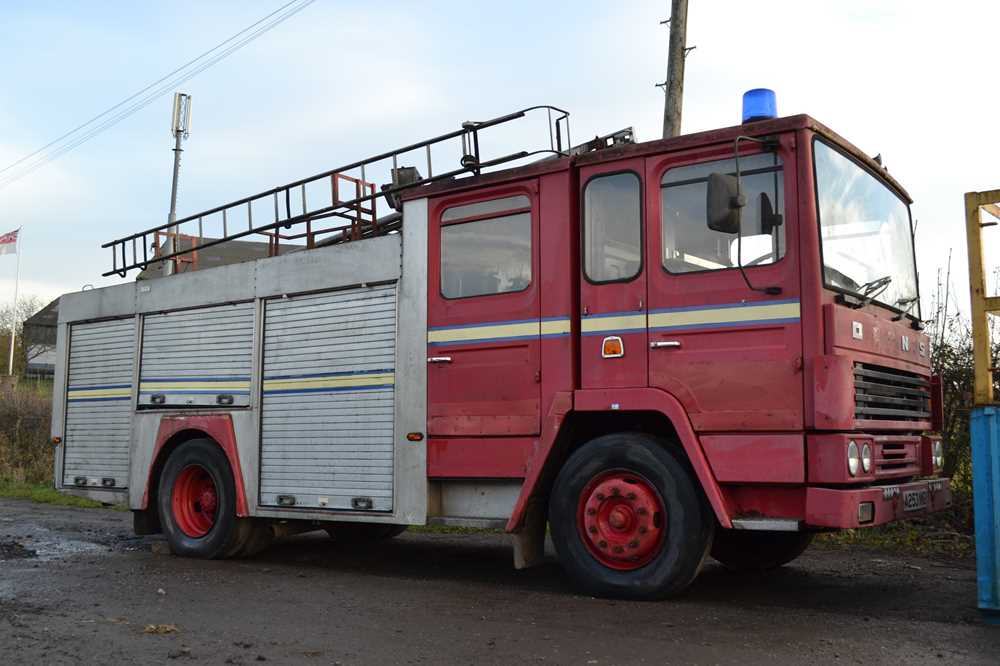 Manufactured from the early 1980s until the 1990s, the Dennis SS fire engine was almost identical to the previous RS model, incorporating matching cab design, engine and transmission, except the SS (Split Steel) had a tilting cab which made maintenance and overhaul much easier. Designed to allow various bodies to be fitted from both Dennis and other coachbuilders such as JDC, Carmichael and Fulton Wylie, there was several variants produced. The earlier models (SS130-SS137) were powered by Perkins V8 engines, with both manual and automatic gearboxes, with later models (SS233-SS245) powered by Cummins diesel engines. Even though the cab design of the SS dates from 1978, they are seen to this day in fire brigades throughout the world, with many still in front-line use.

This SS135 variant was manufactured in 1984 and fitted with the 8500cc Perkins V8 Diesel engine and automatic gearbox. Having completed its public service with Norfolk Fire and Rescue Service, the Dennis was subsequently retired from active duty and has been used in more recent times as a show exhibit at classic vehicle events. Currently running and driving but in need of recommissioning prior to road use, the Dennis is a worthwhile offering for restoration and entering into preservation, or alternatively suitable for either spares or conversion into an alternative limousine/party bus and utilisation as a business opportunity. Supplied with current V5C showing only three former keepers.