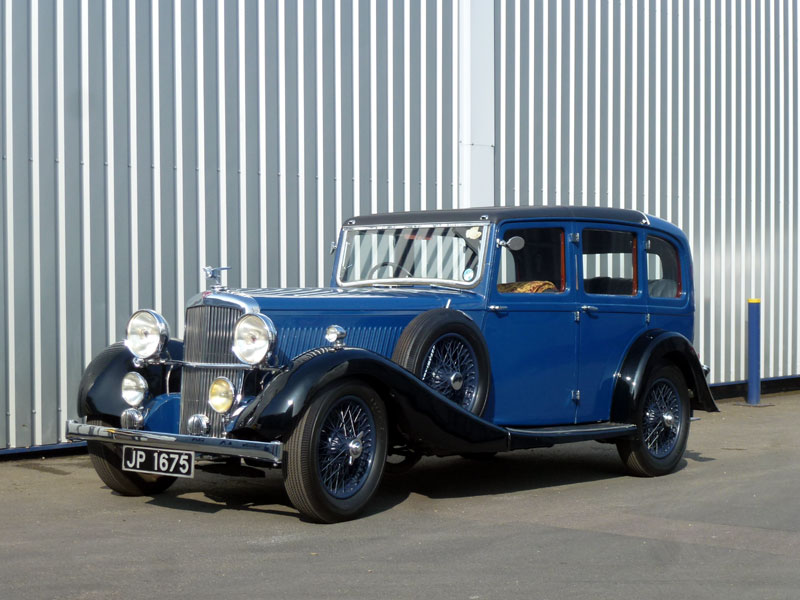 - Charlesworth coachwork and in single family ownership for 67 years

Alvis built nineteen 25.63hp Crested Eagle Saloons of which just seven are known to have survived. An elegant Charlesworth-bodied example, `JP 1675' was reportedly supplied new to John Irlam Esq. of Lytham St Annes on 27th June 1936. Purchased by Bessie Barker of Lancaster during 1946, the Crested Eagle was to remain in her family for sixty-seven years. Returned to the factory for an engine overhaul in 1960 at an indicated 62,000 miles (now showing 78,500), the Alvis was laid-up from 1966-1996 and then treated to an extensive five-year restoration. A handwritten log on file indicates that attention was paid to the Saloon's bodywork (stripped to bare metal, new rear wings / running boards), interior trim (new leather, carpets, headlining), wiring, suspension, steering, brakes, wheels / tyres and engine (water pump / triple SU carburettors refurbished, hardened exhaust valve seats / stainless steel exhaust fitted) etc. Acquired by the vendor in October 2013 and entrusted to marque specialist Red Triangle some three months later, `JP 1675' has since benefited from over £1,900 worth of fettling including a full service. Offered for sale with copy build record, Alvis Owners' Club correspondence, Speed 25 handbook, continuation buff logbook and restoration log.
Share: