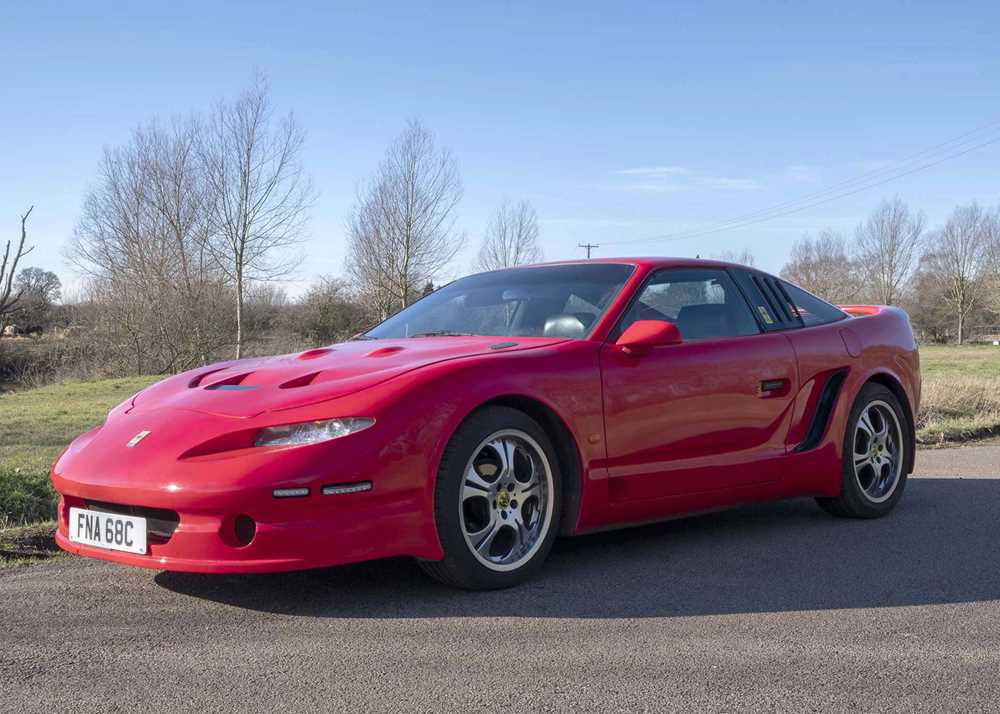 Designed by George Milidrag and Hulki Aldikacti, the mid-engined Pontiac Fiero was built by General Motors from 1983 to 1988 and was the first two-seat Pontiac model since 1938. A highly innovative design, features included composite panels and hidden headlamps. However, slow sales caused the model to be dropped after the 1988 model year. A total of 370,168 units were produced.

FNA 68C features an updated specification including revisions to the body, interior, bonnet, rear wing, air intake, engine ventilation etc. The idea was first shown at the Geneva Motor Show as a prototype but never went into production. Acquired by the vendor in 2002, this car has been main dealer converted to right hand drive and the automatic transmission replaced with a five speed manual unit. Other improvements include daytime running lights, a new carbon dash, new seats, kick plates and a complete respray in Ruby Red. The car now registers some 59,000 miles. The vendor and designer of this unique cars says: "When I designed the Fiero Finale for Candy Apple Cars in 1994, it was very well received at the Geneva Motor Show and body kits were available soon afterwards. In 2002 I bought a completed Fiero Finale, and in the last two years have considerably updated the design, as can be seen." Powered by a 2.8-litre six-cylinder engine, FNA 68C is offered with a current MoT to 28 August 2021.