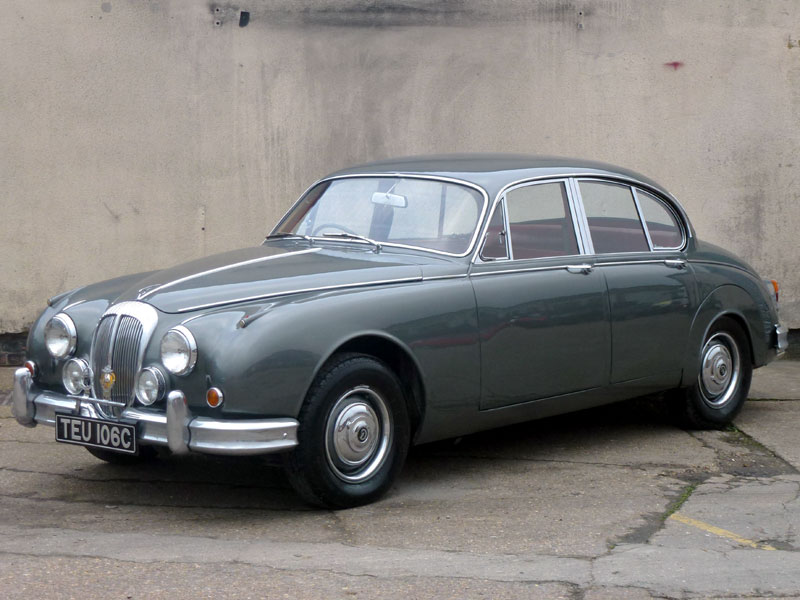 This wonderfully coloured Daimler V8 250 was first registered in Jersey in October 1965 as J53, latterly changing to J14907 at some point, all according to the Certificate of Origin on file from April 1993. It is unknown how long the lady first owner retained the car, but in May 1993 it was registered to a lady in Chippenham, Wiltshire. The last recorded change of ownership occurred in December 2000 when the car was registered to a gentleman in Eastleigh, Hampshire. Before the car ventured to England, dated photographs reveal the car was comprehensively restored in the early 1990's, and our vendor informs us that the car received more restorative work including a "glass-out repaint in September 2016 by a multi-award winning bodyshop in London". Between these occasions, invoices from 2004 in the superbly presented history folder show the engine having received significant repairs (pistons, re-ground crank-shaft, new bearings, and de-coke and re-face of the cylinder heads), and also a "full rebuild to Borg Warner 35" in relation to the automatic gearbox. The odometer shows just over 35,000 miles and the vendor believes this is all the car has covered from new due to it remaining in Jersey for 28 years, plus the quantity of previous MOT certificates on file. Described by the vendor as being in "very good" condition with regards to its body and paint work, engine, transmission, and electrical equipment, with a "good" red leather interior.
Share: