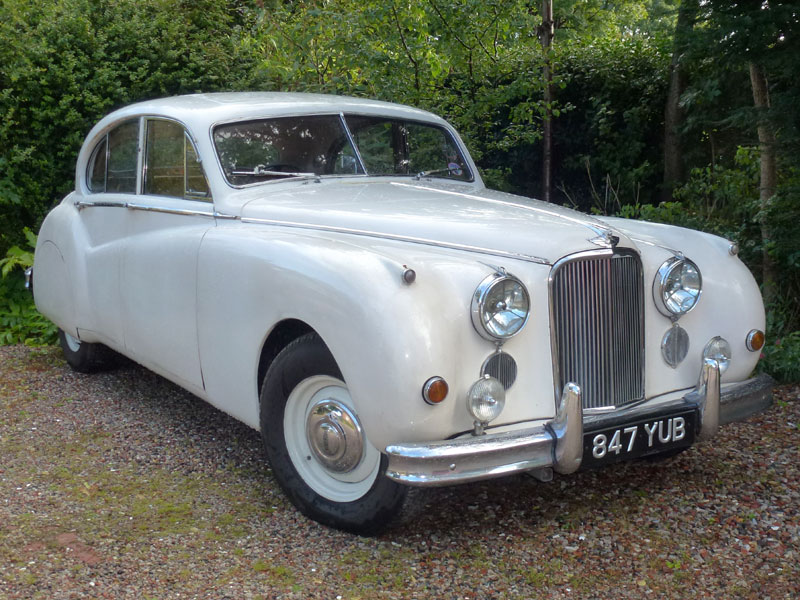 This 1954 MKVII M started life with automatic transmission, Pastel Green bodywork and a Suede Green interior and was delivered new to Bryson, Jaguar's distributor in Melbourne, Australia. At some stage it was repainted White and re-trimmed in Fawn leather and the transmission modified to manual before the big Jaguar was repatriated c.1990. It was then apparently stored until acquired by the vendor in 2009, since when a B-Type cylinder head has been fitted. He describes the car's bodywork as "sound", the engine as "good" and the gearbox and paintwork as "OK" and is selling `847 YUB' with an MOT valid into March 2013.
Share: