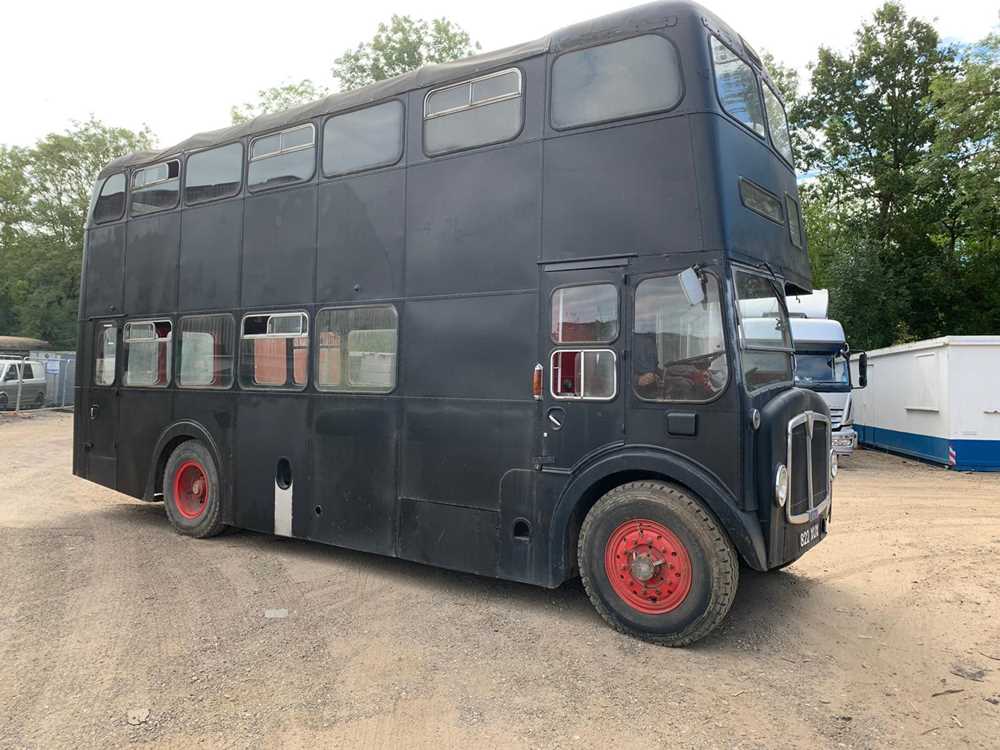 The AEC Regent V was built by the Associated Equipment Company between 1954 and 1969 and would be the final version of the Regent series double deckers produced by the company. Fitted with AEC or Gardner 6LW engines coupled to a synchromesh or AEC Monocontrol semi-automatic or fully automatic gearbox, the model was used by a number of operators in the UK outside of London (London Transport preferring the Routemaster). A popular export model, it was also sold to Ireland, Portugal, South Africa, Iran, Hong Kong etc. In 1968, the Labour Government introduced the Bus Grant and this encouragement of one man operation led to the phasing out of the model with the last Regent V entering service in 1969.

This example was delivered new to IOM Corp and remained in service until the late 1970s, being subsequently used as a training vehicle. It then passed to the 'Purple Helmets' motorbike display team who used it as a crew transport before its acquisition by Arrowscore in 2006. It was then fully restored and used as an artist liaison bus at many music festivals providing hosting to numerous world-famous performers. Mechanically overhauled in 2018, 822 XUX is currently finished in black with red interior and open wooden decking although it is offered with seating.