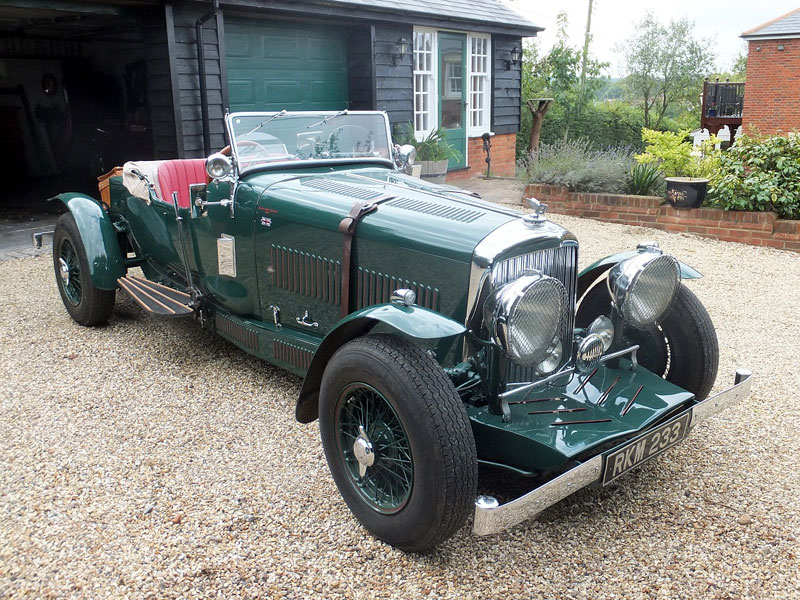 - Much expenditure in the current ownership

Introduced in 1946, the MKVI was Bentley's first post-WW2 model. Aimed at the emerging 'owner-driver' luxury car market, it was fitted with a freshly developed 4257cc engine mated to four-speed manual transmission. Suspension was independent by coil springs at the front and by leaf springs at the rear. Braking was by mechanically-assisted drums all-round. Unfortunately, the variable quality of steel available in the post-WW2 period meant that the MKVI's Standard Steel Saloon coachwork rarely lasted as long as Crewe had intended, and by the mid-1960s there were a good number of mechanically strong but cosmetically untidy cars running around. Dating from that time onwards, the tradition of building Bentley MKVI-based Specials is long and proud.

This extremely attractive MKVI special is understood to have been converted by Michael Walker's Garage, (Rolls-Royce & Bentley specialists) of Woking, in the early 1980s when owned by an R J Stephenson. Subsequently passing to his son, M Stephenson, it was acquired by the vendor in 2011. RKM 233 has been maintained regardless of cost whilst in the current ownership, works carried out include a respray in BRG, re-trimming of the interior in red leather and the fitment of a walnut dashboard. Invoices on file dated 2009 relate to refurbishment of the SU carburettors and an engine overhaul by Gordon Dale and Beacon Engineering. Only around 2,500 miles have been covered since.

Equipped with full weather gear and a tonneau cover (unused), aero screens and fold-flat windscreen, the car further benefits from the fitment of a recent set of wire wheels. Looking every inch the sporting Bentley special, the car is accompanied by a Swansea V5 registration document, assorted old MoTs and invoices relating to the build.
Share: