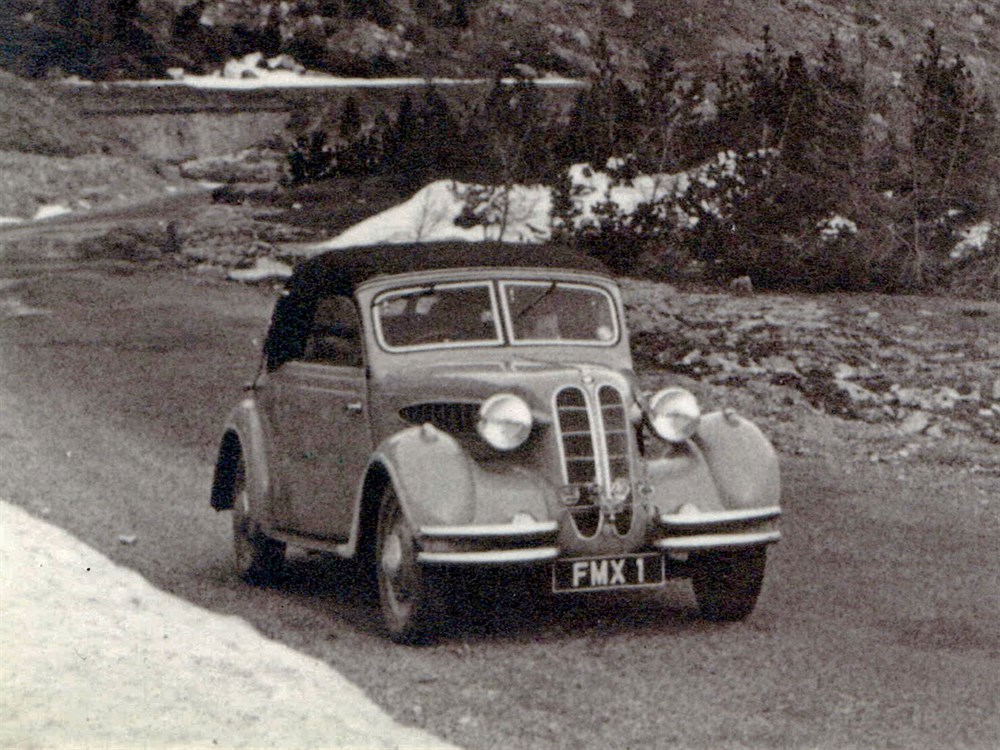 He was the first owner of the Frazer Nash 326 Cabriolet `FMX 1', which he took delivery of on October 11, 1937 and subsequently became the property of Lady Binney, the wife of Sir Thomas Binney, the Governor of Tasmania 1946-1951. The remains of the car, plus other carefully-sourced replacement parts, can either serve as the basis of a continuing restoration project or of a Frazer Nash special. The chassis has been restored by coded welder and rust proofed - the rear section was beyond repair, so suitable chassis members were obtained in Berlin from an ex-SS staff car and grafted on with care to preserve the stamped chassis numbers. The engine has seized due to standing but is topped by the correct 328 small-valve head that was hot and cold tested by Stanton Motorsports and contains many new parts. Also in place are a 328 clutch, gearbox, high-ratio back axle and Bluemel steering wheel. Other original items include: front mudguards, doors, hood irons, seats, petrol tank, alloy bonnet, front cowl, radiator, lights and starting handle. New parts include: inner rear wings, rear floors, boot extensions, NOS rear mudguards, ash items and wooden door frames, new tyres and inner tubes - the wheels for which have been blasted and painted.
Share: