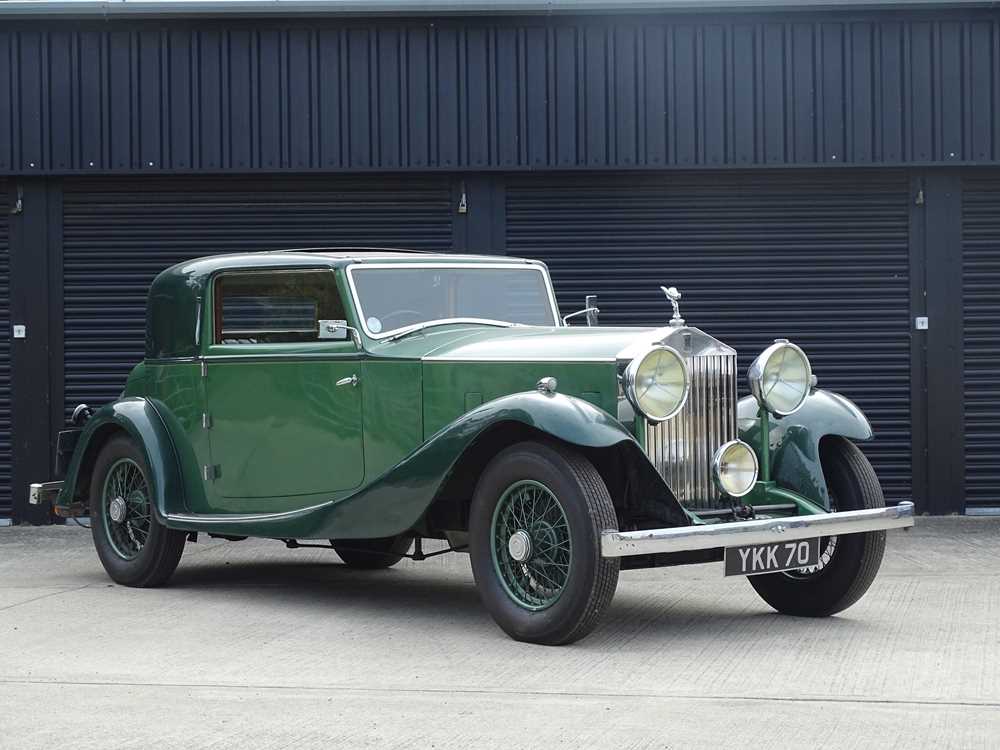 The Rolls-Royce’s of today are undoubtedly technological wonders in their own way, and the company, though no longer British owned, does at least conduct its manufacturing on English soil. Whether they match the majesty of their wholly British forbears is a matter of opinion, however. Either way the presence of the matching numbers 1933 20/25 offered here takes some beating. Finished in two-tone Green, and trimmed in Green leather complemented by a healthy helping of quality wood veneer, this motorcar just oozes class. At one time home to the alluring registration ‘ALE 635’, the Rolls was apparently supplied new Mr V Jobson of Qualcast Ltd. It has remained in its current ownership since 2000 and during 2016 was treated to a total engine overhaul by marque specialists AB Classics at a total cost, including parts and labour, of £19,630.00. These days, the vendor grades the refurbished powerplant and manual transmission as ‘very good’ and the Freestone & Webb coachwork, paintwork and upholstery as ‘good’, and is now selling the Rolls complete with a collection of invoices, the original owner’s handbook and an array of tools.

Rolls-Royce introduced the 20/25 in 1929 as a successor to the outgoing 20. Though the newcomer was primarily aimed at owner drivers, many examples were nevertheless sold to customers with chauffeurs. Power came from an enlarged version of the straight-six unit used in the 20. Now of 3,699cc, it made for swifter acceleration and a higher top speed of up to 75mph. Bodywork for the 20/25, was to the taste of each individual customer, and Freestone & Webb, Gurney Nutting, Park Ward, Thrupp & Maberly, Mulliner and Hooper were among the many coachbuilders selected to clothe these fine motorcars. Nearly 4,000 20/25 chassis were ultimately produced, making it the company’s best-selling model between the wars.

PLEASE NOTE: This lot is failing to start due to a starter motor issue however we have had it running at the sale