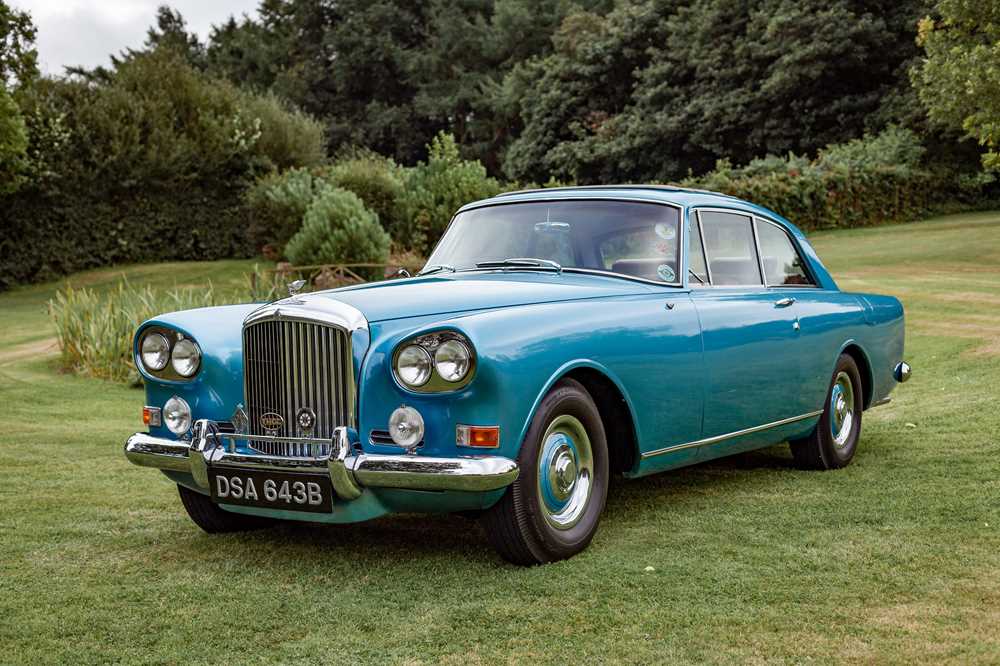 Introduced in Autumn 1962, the S3 Continental was notable as the last Bentley to be coachbuilt on a separate chassis. Powered by a 6230cc OHV V8 engine allied to four-speed automatic transmission and reputedly capable of nigh-on 120mph, the newcomer was ferociously expensive. One of the more striking bodystyles available, Mulliner Park Ward’s Design Number 2035 was a beautifully sleek Fixed Head Coupe featuring a 'straight-through' wing line, 'cut-back' wheelarches, diagonally-positioned quad headlamps and subtle tail fins. Understandably popular among contemporary celebrities such as Jayne Mansfield, Fanny Craddock, Sir John Mills, Harry Belafonte and Keith Richards, just 312 S3 Continentals of all types were completed between 1962 and 1966. However, Mulliner Park Ward’s Design Number 2035 only accounted for seventy-six of these (in both left- and right-hand drive).

More expensive when new than an Aston Martin DB5 or Ferrari 250GT Lusso, the Bentley S3 Continental had more road presence than either rival. Understood to be one of less than fifty right-hand drive examples to be bodied by Mulliner Park Ward to its sleek Design Number 2035, chassis BC138XC was initially supplied by Weybridge Autos to F.J.L. Green Esq. As well as specifying a speedometer calibrated in miles and kilometres, Hirschmann electric aerial, Blue Sundym glass, electric windows and combined parking and blinking lights, Mr Green had the Fixed Head Coupe fitted with air-conditioning (the height of luxury for a 1960s British car). Relocating to California early on, the S3 Continental had covered an indicated 82,000 miles by early 1982 when the renowned Antipodean Rolls-Royce & Bentley specialist Robert McDermott purchased it for his own use. Mr McDermott subsequently sold the Fixed Head Coupe but continued to maintain and improve it for the next two keepers up until 98,140 miles in September 2001.

Pleasingly retaining its original Red leather upholstery, chassis BC138XC has been cherished as part of a private UK collection since 2015 during which time its odometer reading has increased from (1)13,396 miles to (1)20,000. Twice driven to Le Mans by the vendor’s sons (who were very appreciative of the air-conditioning), it has benefited from regular servicing and fettling including a headlight upgrade, suspension set-up, hydraulic tappet overhaul, sundry re-chroming, replacement heater matrix and refurbished electric window motors etc. The brake pipes have been routed inside the car, while a hi-torque starter motor and twin electric fans are sensible concessions to modern traffic. Starting readily and performing well during our recent photography session, the S3 Continental passed its most recent MOT test on August 13th 2021 with ‘no advisories’ and is said to be ‘a dream to drive’. Drawing admiring glances wherever it goes and blessed with one of the nicest dashboards ever to adorn a Bentley, ‘DSA 643B’ has lost none of its glamour or sense of occasion over the last fifty-seven years!

PLEASE NOTE: This lot comes with a full set of seatbelts and associated fixings should a future owner wish to reinstate them. Given the history he has recently unearthed the vendor is confident that the Bentley has only covered 120,000 miles from new.