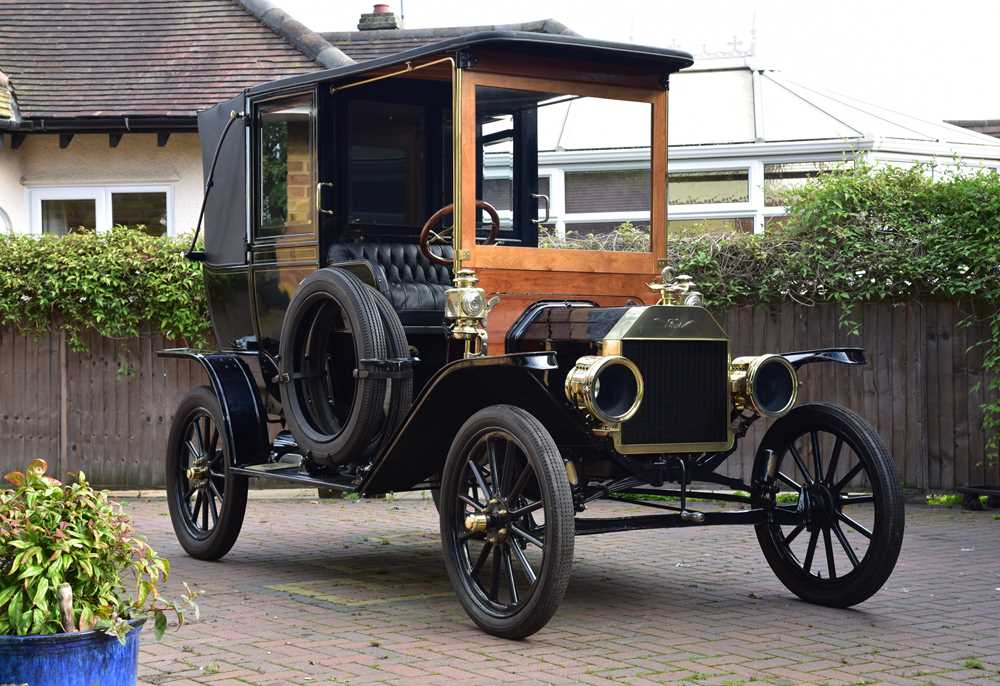 
Registration No: Un-Reg
Chassis No: Not Stated
MOT: Exempt

Launched in 1908, the T's chassis and mechanical components were made from exceptionally durable, high-grade vanadium steel. The Ford also featured a compact 2890cc, sidevalve, four-cylinder engine that pioneered the use of a detachable cylinder head. Mounted in unit with the clutch and two-speed epicyclic gearbox assembly, it developed some 23hp at a leisurely 1,600rpm and 80lbft of torque. Top speed was limited to around 45mph depending upon bodywork, whilst brakes operated on both the transmission and rear wheels. With the introduction of a moving assembly line in 1913, Henry Ford famously turned his Model T into the world's first mass made car. A year later, Model Ts represented 56% of all automobile manufacture in the USA. However, it was not just the sheer volume of Model Ts rolling off the production line that motorised America, it was the inherent quality of the design.