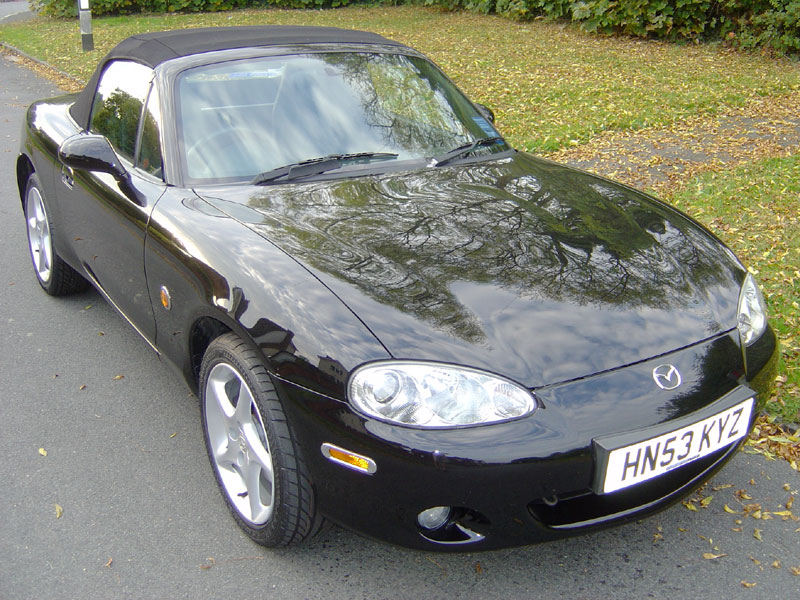 'The fact is that if you want a sports car, the MX-5 is perfect. Nothing on the road will give you better value. Nothing will give you so much fun. The only reason I'm giving it five stars is because I can't give it 14' - Jeremy Clarkson

In a world of increasingly complex motorcars, it is refreshing to note that the remarkably conventional four-cylinder, front-engined, rear-wheel drive MX-5 is the best-selling open-topped two-seater in history - by February 2011, some 900,000 examples had been sold around the world since the model's introduction at the Chicago Motor Show of 1989. Time and time again, the motoring press have extolled its handling and roadholding, frequently finding it more fun to drive than cars costing two and even four times as much. While it is heartening to appreciate that the DNA of such classic British stalwarts as the MGB, Austin-Healey Sprite and Lotus Elan is embodied in this Japanese wonder car, it surely also a little sad to consider what an opportunity was missed by the British motor industry. To date there have been three generations of the MX-5, or Miata as it know in the USA. The first was notable for its pop-up headlamps. The second, introduced in 1998, had fixed eyes, a glass rear window and a slight increase in power. The current iteration saw the light of day in 2005 and constituted a pretty major redesign. A Coupe/Convertible version was added to the range the following year.

A right-hand drive, second generation example manufactured in 2003, the 1.8i MX-5 Sport on offer was first registered to Mazda Motors UK Ltd as a demonstration model, prior to being sold to its only (female) private owner to date. Serviced from new by the supplying dealer, it has recently benefited from replacement brake pads and refurbished alloy wheels, to which new tyres have been fitted. This reportedly immaculate, 34,000 mile two-seater features Black bodywork and a leather interior equipped with heated seats and a stereo/CD. The impressive specification includes a six-speed gearbox, antilock brakes, sports suspension and auxiliary driving lights. 'HN53 KYZ' is being sold complete with a full Mazda service history (seven stamps) and a fresh MOT.
Share: