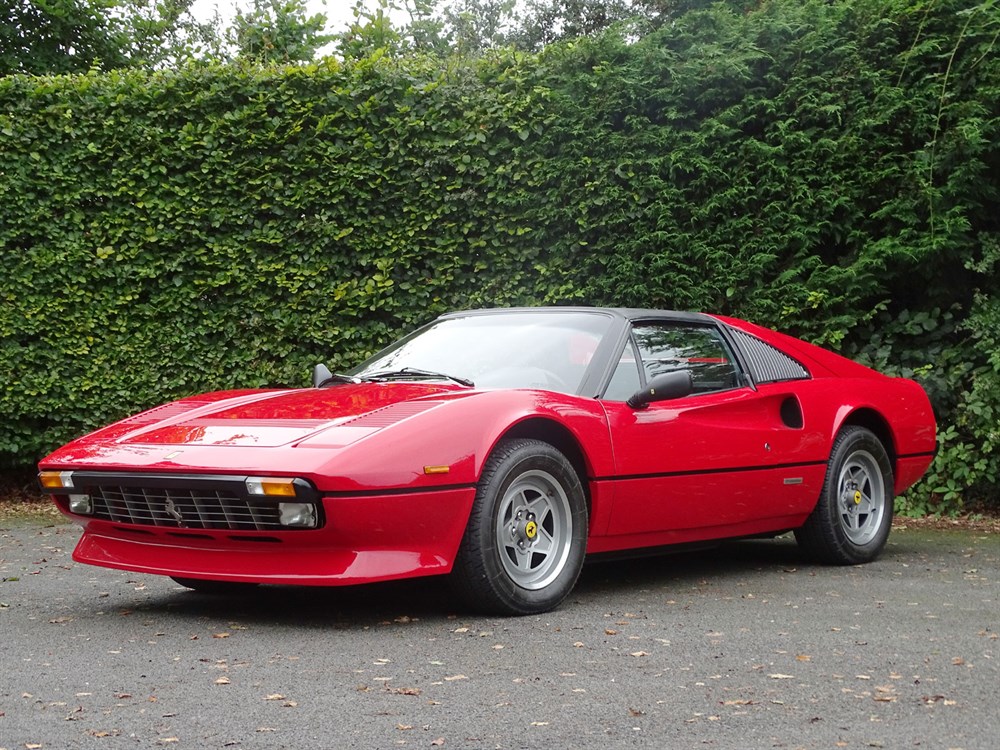 Four days later, the car was purchased by the vendor and treated to a full bodywork restoration the following January by Brown's Custom Bodywork and Paint, while the leather was restored by AMI Services. It was shortly after that, that this exquisite prancing horse was exported to the UK since where it has received a full engine, belt and suspension service, as well as a five day machine polish and internal valet by the specialists at Spectrum Motor Centre (SMC) in Chester. The vendor now judges the Ferrari's bodywork, Rosso Corsa paintwork, Nero hide interior trim, 32-valve V8 engine and five-speed manual transmission as all being in `excellent' condition. This remarkable QV has still only travelled a mere 11,979 kilometers (7,487 miles) in its 36 year life, and is now offered complete with air conditioning, Cromodora wheels, book pack with service book, collection of invoices, pair of keys, toolkit and UK duty paid. Stunning!
Share: