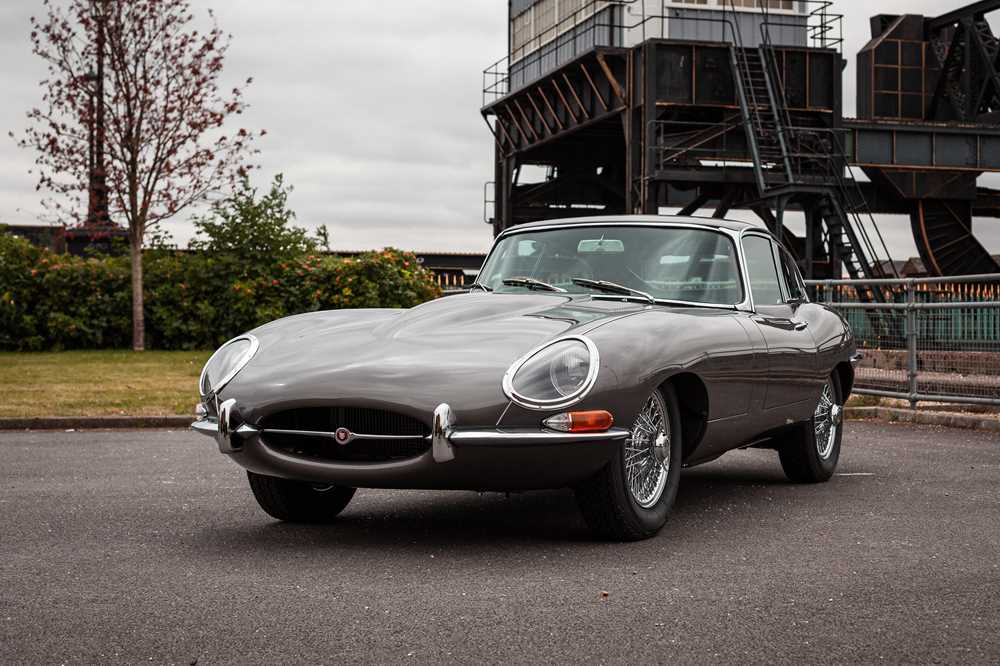 Among the last century's great motoring icons, Jaguar's E-type has always inspired loyalty and devotion. Born out of the fabulous D-type racer, the model soon acquired a strong competition heritage of its own. Launched at the 1961 Geneva Salon, the Big Cat proved faster and more glamorous than virtually any production rival. Certainly few could match its reputed 150mph top speed. At a time when Ferrari's lauded 250SWB and 250GTO made do with 'live' rear axles, the E-type utilised a sophisticated independent rear set-up with inboard disc brakes. While, rack and pinion steering enhanced the monocoque chassis's excellent roadholding and handling; putting it light years ahead of American designs like the Corvette. Revised in 1964, the E-type gained a torquier 4235cc powerplant and four-speed all-synchromesh gearbox of Jaguar's own design. Introduced in late summer 1967, the so-called Series 1.5 cars boasted improved braking and cooling capabilities. Short lived, just 1,231 LHD Series 1.5 E-Type 4.2 Fixed Head Coupes were reportedly made prior to the arrival of the Series 2 in August 1968.

If you are in the market for a Jaguar E-Type Series 1 Fixed Head Coupe then we would urge you to come and inspect this example before buying another car. Completed on 15th August 1967, chassis 1E34597 was supplied new to Lieutenant Commander Robert H. Dumbaugh of the US Navy. Taken off the road during the late 1990s, the two-seater spent almost twenty years in store with an Oklahoma-based restoration company before being imported to the UK. A Jaguar specialist, the vendor has spent the past three years painstakingly refurbishing the E-Type and tells us that the Fixed Head Coupe not only retains its original engine and gearbox but also all its original panels. Finished in Opalescent Silver Grey with contrasting Red leather upholstery, we estimate that the work would have cost in the region of £250,000 + VAT had it been carried out by a ‘big name’ restorer. Indeed, the seller informs us that he dares not count-up the man hours which have gone into the project. Converted to right-hand drive and fitted with triple SU carburettors, ‘ABW 516F’ further benefits from an alloy radiator, twin cooling fans and new MWS wire wheels. Starting readily upon inspection and running very sweetly, this drop dead gorgeous E-Type is understandably described by the seller as being in ‘excellent’ condition with regard to its engine, gearbox, electrical equipment, interior trim, bodywork and paintwork. Offered for sale with UK V5C Registration Document, Jaguar Heritage Trust Certificate and a large quantity of bills. Viewing is highly recommended!

PLEASE NOTE: The vendor tells us that this lot has only covered some four miles since work was completed. As such, he advises that it will require some de-bugging / running-in by the new owner.