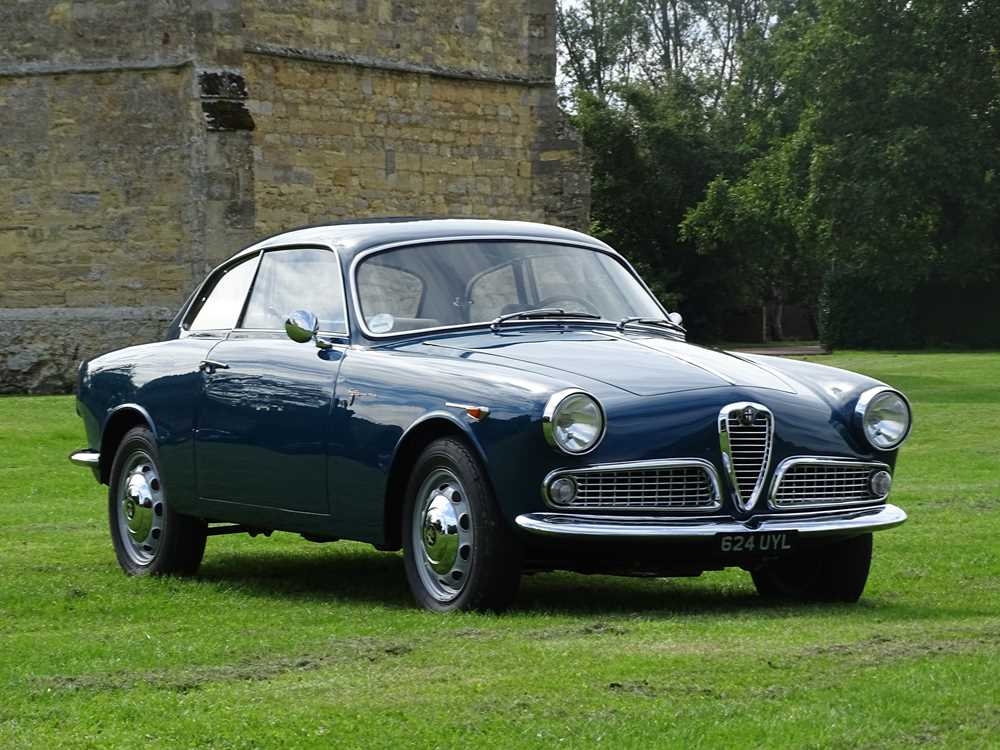 The splendid-looking lefthand drive Giulietta on offer was apparently assembled at Alfa Romeo’s South African plant in East London during October 1961, and first registered the following February in Johannesberg. And it was in that country that it was subsequently restored before being imported to the UK in 2015. The two-door Coupe body is finished in its original colour of Bluette and attractively trimmed in a mix of Grey and Blue leather. The current engine features a 1.3-litre TI cylinder block teamed with 2.0-litre camshafts, however, the original crankcase is included in the sale. Likewise, a later five-speed gearbox has been fitted, but the original four-speed unit forms part of the lot. The cooling system has also been upgraded courtesy of an electric fan, and the Alfa has been continuously attended to since its arrival on these shores – eg a fresh battery was installed in 2017, the braking system was extensively overhauled in 2018, and the engine treated to an oil and filter change last year. The vendor presently regards the bodywork, paintwork, upholstery, twin-cam engine and transmission as all being in ‘very good’ order, and is now offering the Giulietta complete with a collection of related invoices and a 2015 letter from Alfa Romeo Automobilismo Storico confirming the dates of the Coupe’s manufacture and sale in South Africa.

The Giulietta model line was offered from 1954 through to 1965, and comprised a four-door Saloon, Spider, two-seater Coupe and 2+2 Coupe – ie the Sprint as now being offered. The latter’s eye-catching lines were penned by Franco Scaglione of Bertone and the styling received mild updates during the model’s lifetime – first in 1959 and then again in late 1961. The standard powerplant was Alfa’s lusty and notably sonorous 1.3-litre twin-cam unit, an engine guaranteed to stir the passions of every red-blooded driver to this day.