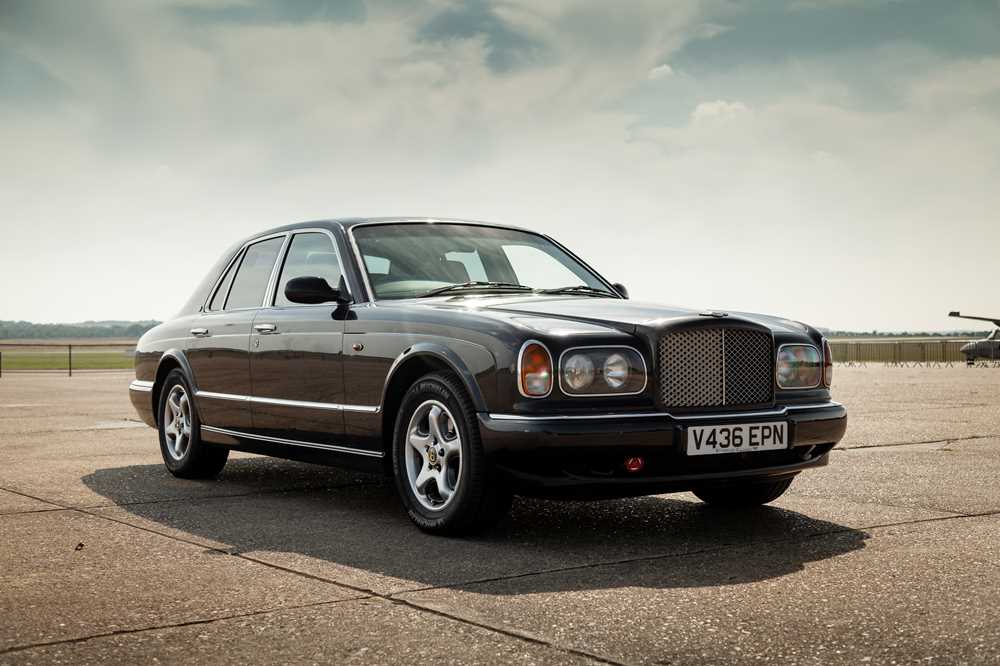 Finished in Black with Stone leather upholstery and Dark Blue carpets, this particular example is described by the vendor as being in ‘very good overall’ condition with regards to its turbocharged 4.4 litre V8 engine, automatic transmission, electrical equipment, interior trim, bodywork and paintwork. First road registered as ‘8 AC’, the Bentley has covered some 53,000 miles from new. Sparingly used since entering the current ownership during 2017, the Arnage is said to have been ‘serviced by a specialist Rolls-Royce engineer’. Riding on correct type alloys, this imposing luxury saloon is offered for sale with book pack, history and MOT certificate valid until February 2022.

Like its predecessor the Mulsanne, the Arnage was named after a section of the famous La Sarthe circuit at which Bentley had scored five Le Mans 24-hours victories during the 1920s. Based around a moncoque bodyshell equipped with all round independent suspension, four-wheel disc brakes and power assisted steering, the newcomer was powered by a BMW-derived twin-turbocharged 4.4 litre V8 engine allied to five-speed automatic transmission. With some 350bhp and 420lbft of torque on tap, the luxury saloon was reputedly capable of 0-60mph in 6.5 seconds and 149mph. As befitted a Crewe built car, its interior was beautifully trimmed with the best quality leather and wood veneers. Reworked to accept Bentley’s venerable 6.75 litre V8 following Volkswagen’s takeover of Bentley in 1999, the number of BMW-powered Arnages was rather small with a mere 439 first series RHD examples being made.