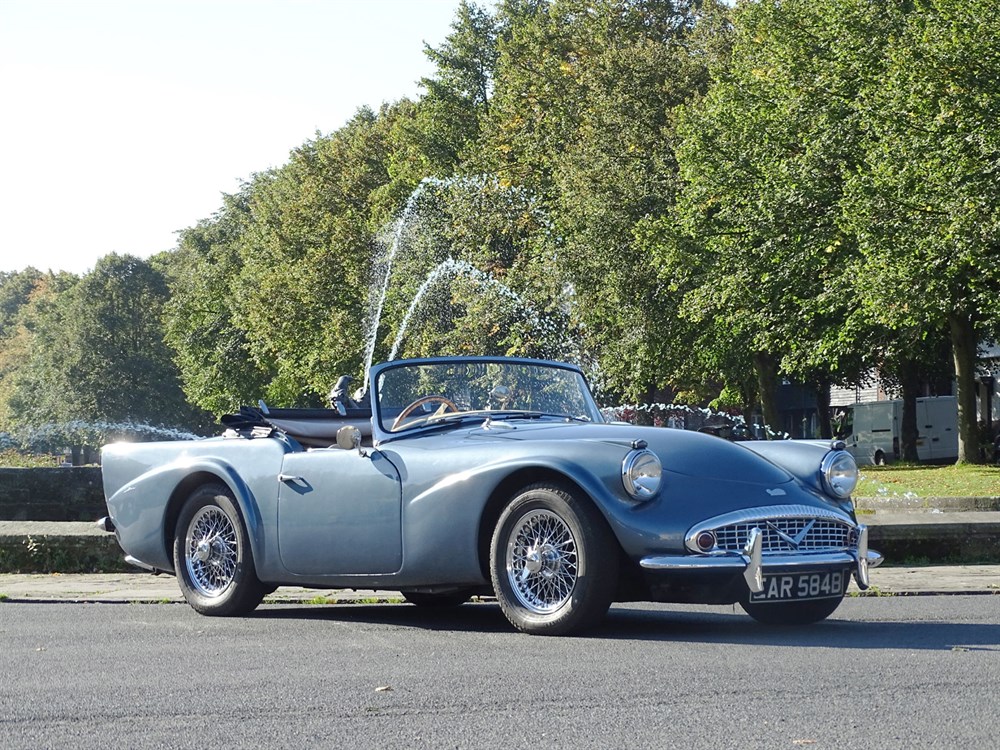 - Subject to a previous restoration and engine overhaul

- Offered with a collection of invoices and old MOT's

Daimler launched their new sports car at the 1959 New York Auto show. The company wanted to crack the American market and the styling had transatlantic overtones to suit. It was originally christened Dart, but Daimler quickly succumbed to the threat of legal action from Chrysler's Dodge division and rebranded it SP250. The newcomer was clothed in a tough fibreglass body and built around a traditional cruciform-braced ladder-frame chassis - the initial A specification version of which was sadly lacking in torsional rigidity. By 1960, Daimler was in Jaguar's hands and the so-called B specification SP250s featured a much stiffer frame, equipped with additional outriggers and a strengthening hoop between the B posts. The C specification model of 1963 brought additional creature comforts. The jewel in the car's crown was its engine, a silky smooth 2.5-litre V-8 unit designed by Edward Turner. With 140bhp on tap and a low all-up weight, the Daimler's performance was strong and the sound was one to savour. Suspension was independent with wishbones and coil springs at the front and a live axle hung on leaf springs at the rear. Braking was by hydraulically-operated discs all-round. The Motor test of the period quoted a 0-60mph time of 8.9 seconds and top speed of over 120mph.

`EAR 484B' is one of the desirable C specification models which is understood to have covered 101,000 miles. It was the subject of an earlier restoration and benefited from an engine overhaul in 2005. The vendor presently judges the bodywork, Grey paintwork, Blue-piped Cream leather upholstery, V8 engine and four-speed manual gearbox to all be in `very good' order, and is selling the car complete with: hood; unrestored hard top; collection of spares including four wire wheels; original toolkit; and selection of invoices and old MOTs, plus one valid into September 2020. A clean-looking example of a relatively rare British classic.

PLEASE NOTE. The hard top and spare set of wire wheels are available for collection from our head office in Warrington.
Share: