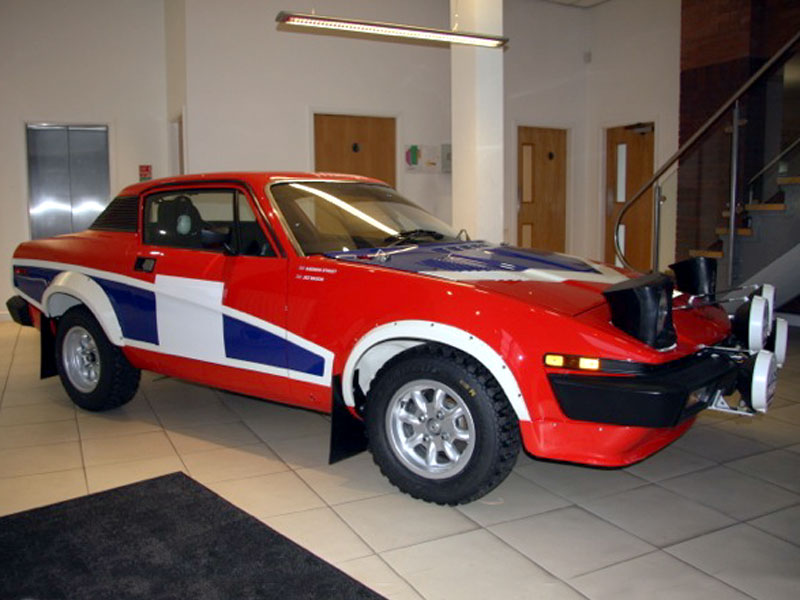 British Leyland ran a team of Works rally-prepared TR7s from 1976 to 1980. The first cars were powered by Dolomite Sprint engines, but by 1978 the team's competitiveness had been notably improved by the employment of Rover V8 units - models so equipped were logically dubbed TR7V8s. The early examples were fed by two twin-choke Webers on a common manifold and delivered 285-300bhp. The definitive 1980 cars, however, featured a bonnet-filling quartet of such carburettors, providing drivers with well over 300bhp to play with. John Buffum won the SCCA PRO Rally Championship from 1977 to 1980 driving a range of TR7s, but without doubt the most successful exponent of the TR7V8 was Englishman Tony Pond, who was victorious in: the Granite City, Ypres and Manx International events of 1978, and Manx Stages, Manx International, Eaton Yale Rally Sprint and Ypres Rally of 1980.

This immaculate-looking 1979 FIA rally machine is a £110,000 evocation of Pond's 1980 Ypres-winning car. It is finished in the correct livery and powered by a four-Weber engine that's only driven three events and 1,000 miles from new, and is coupled to a five-speed close ratio gearbox. `EAT 400T' is being sold with spare 7J and 8J wheels plus tyres, close-ratio gearbox, steering rack etc. A rare opportunity.
Share: