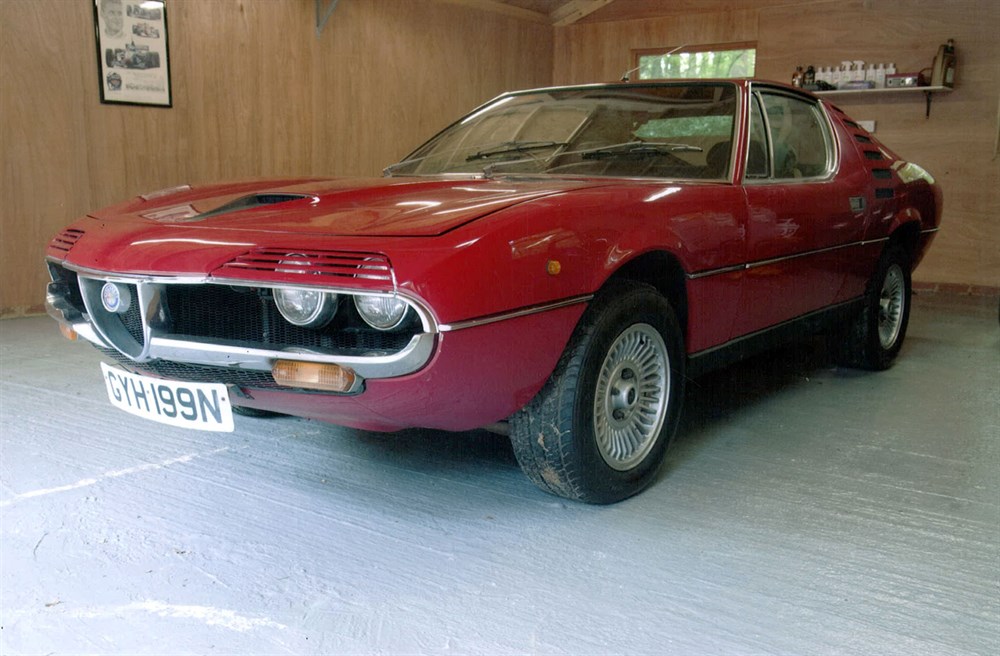 When Alfa Romeo unveiled the Montreal at the 1967 Expo to mark the centenary of the Canadian Confederation, such was its critical success that plans were quickly made to put this front-engined sports coupe into production. A new 2,593cc 90-degree V8 engine derived from Alfa's racing division, coupled with Spica fuel injection and electronic ignition provided a hefty 200bhp at 6,500rpm, just 30bph less than the legendary Alfa Romeo 33 Stradale that preceded it. Power was fed to the rear axle through a five-speed manual ZF gearbox and a limited-slip differential, giving a top speed of 137mph.

Carrozeria Bertone produced the stunning coachwork with instantly recognisable shrouded twin headlamps, NACA duct and lateral rear slots. The body included enough space for two small rear seats and was very well specified; the result was a very comfortable and practical grand touring coupe. The Montreal was produced from 1971 to 1977, with just 179 right-hand drive examples built between 1973 and 1975.

Although some parts were derived from the Giulia range, many were unique to the Montreal. In later life, this became the model's weakness as they became very expensive to restore. Despite parts now being much more readily available, good examples are still exceptionally rare.

This 1974 right-hand drive Montreal, with just three same-family owners from new and current ownership since 1990, is one such rarity. Described as being in 'very good' condition throughout, it has a warranted mileage of 43,100 backed up by a huge history file. Restored circa-1998, the car has dark red paintwork with black/cream leather seats and contrasting tan carpets. Sitting on Turbina alloys, the Montreal includes a V5 and offers a very rare opportunity to buy a right-hand drive example of a model that has risen dramatically in value in recent years.
Share: