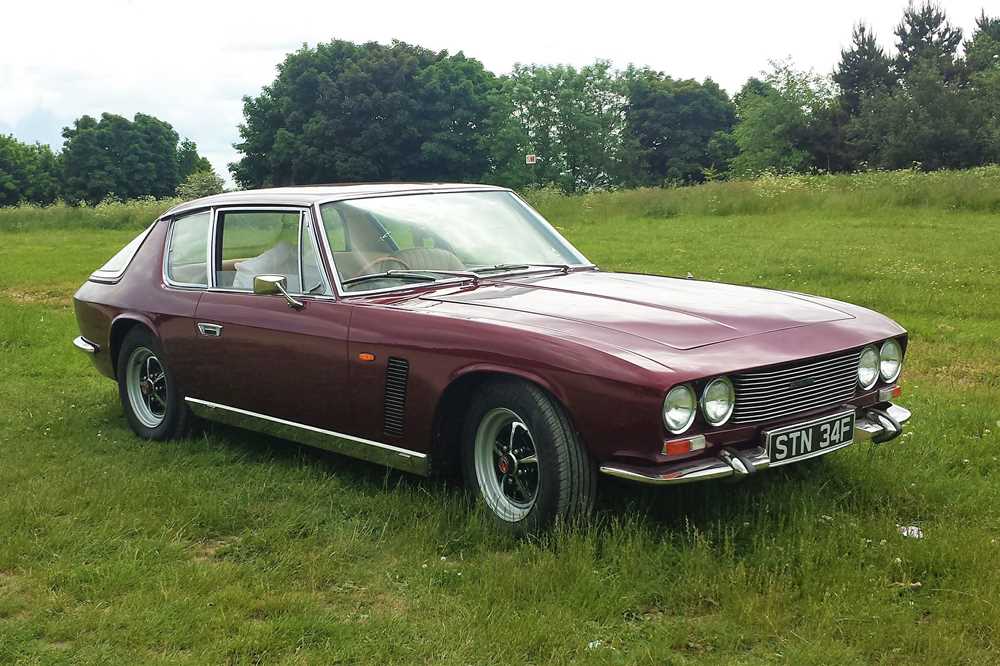 Shown at the October 1966 Earls Court Motor Show alongside the technically advanced four-wheel-drive FF, the Touring of Milan-designed Interceptor was quite a sensation and received much praise. The fact Jensen had, in the space of a year, produced two completely new models was also outstanding, particularly as the two companies involved in the project were 680 miles apart. The original design, penned by Touring of Milan, was taken to Vignale of Turin who had the capability to produce the car in far greater numbers than Touring. Fully trimmed and painted bodyshells were then delivered from Italy for assembly at West Bromwich by October 1966. Both new cars had the 330bhp, Chrysler V8 engine coupled to a TorqueFlite three-speed automatic gearbox and fashionable Rostyle wheels were fitted.

Manufactured in 1968, this Interceptor I was first registered in January 1968 and is fitted with the 6250cc V8 engine with automatic transmission, one of just 923 right-hand-drive automatic MK1 Interceptors manufactured. The Jensen is finished in its original color of Special Jensen Red with Cream leather interior upholstery and wood center console trim. ‘STN 34F’ has a recorded mileage of just 67,204 miles (at time of consignment) and HPI shows just three former keepers, with the Jensen entering into current ownership in 2008 following being in storage for the previous 10-years.

Subsequently restored between 2008 and 2009, comprising bodywork restoration with a bare metal repaint, comprehensive engine overhaul, further mechanical reconditioning, refurbishment of the original interior with new carpets fitted, Rostyle wheel refurbishment, new stainless steel bumpers, and an upgraded remote security locking system. ‘STN 34F’ is offered with a history file which comprises the original Red Interceptor book, a vast selection of past invoices, a copy of the original bill of sale, much sundry paperwork, a current V5C, and past logbook copies, and is supplied with the original jack.