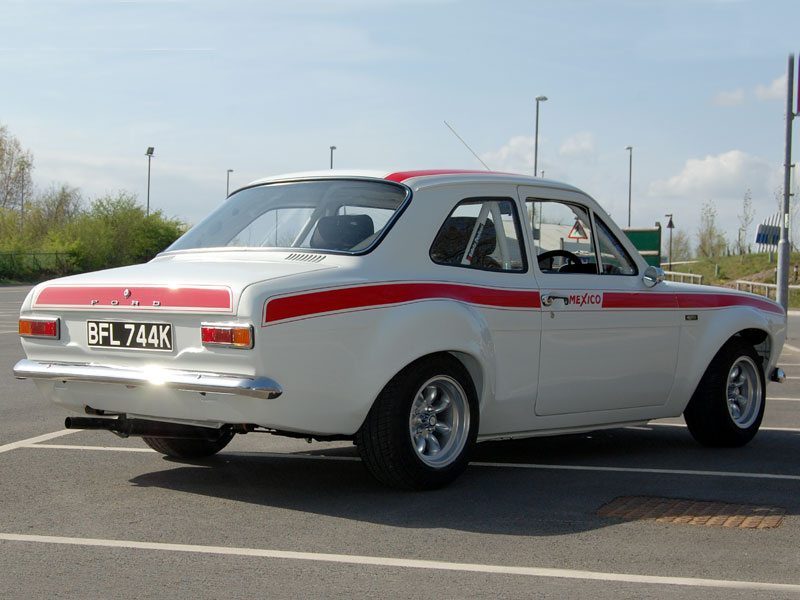 The Ford Escort was launched at the 1968 Brussels Motor Show. Acutely aware that the Cortina was in the autumn of its competition career, Ford's competition department had been developing a race/rally version of the model throughout 1967, and had the Twin-Cam ready to roll at the same time its standard siblings were finding their way onto the public roads. One of the Escort's most memorable early competition wins, was Hannu Mikkola's victory on the 1970 London to Mexico World Cup Rally, to capitalise on which Ford created the limited edition, AVO-built Escort Mexico in time for the 1971 season. Its specially strengthened shell was fitted with Rallye Sport suspension and brakes and powered by a 1600cc 'Kent' engine. The model was even given its own dedicated race series - the Mexico Challenge.

The MKI Mexico being sold is an early example from 1971. It is finished in Diamond White and sports a Grey and Black cloth interior. It was purchased by the vendor two years ago, prior to which it had spent some time as a special stage rally car. Following the acquisition, he treated the Escort to an extensive 'bare metal' restoration, which was finally completed in February of this year. It included overhauling the engine; reupholstering the interior, and refurbishing the brakes, axle and steering. New wheels and tyres were added on completion of the project, since when 'BFL 744K' is said to have only travelled 1,000 miles. This Escort's unique specification includes: a 1,700cc engine; full Safety Devices roll cage; GP4 shell strengthening and alloy boot tank. The vendor declares the bodywork and paintwork to be "exceptional" and the engine, transmission and interior trim to be "very good". This fast Ford is now offered complete with a CD of photos from the restoration and an MOT valid until March 2012.
Share: