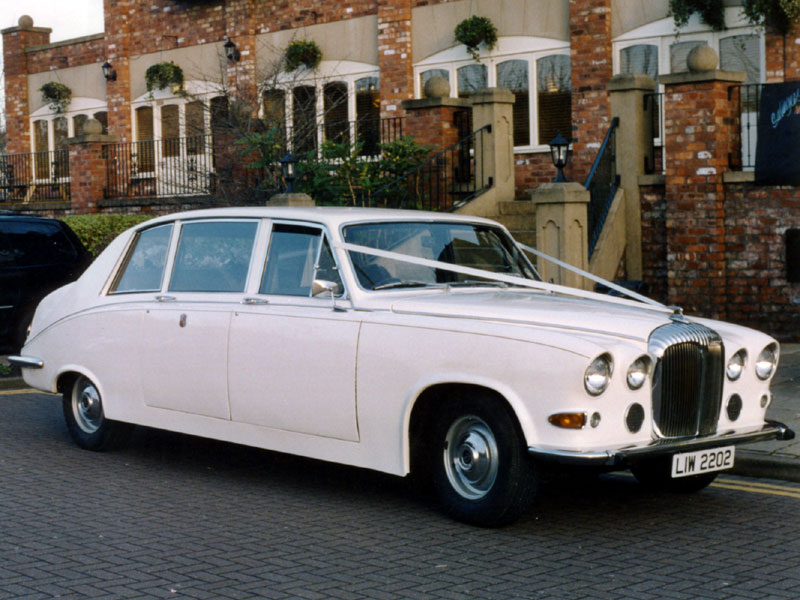 Daimler's DS420 was produced between 1968 and 1992 and was the replacement for the Majestic Major-based DR450 and the Austin Princess. Notable roles for the model have ranged from serving as the hearse and mourning limousine at Princess Diana's funeral and providing transport to Heathrow Airport for Commander Bond and Moneypenny in the 1997 film Tomorrow Never Dies.

The right-hand drive DS420 being offered was delivered new to the Manchester City Co-op on August 8th 1978. It was later acquired by J G Bennison on March 11th 1990 before being purchased by the vendor on July 31st 2003. Since then it has served as part of a fleet of DS420 wedding and private hire cars that is only now being disbanded due to the retirement of the owners. During their tenure, the Daimler has been refurbished at a total cost of £7,052.33. The related work included: the repainting of the body and chassis; the reconditioning of the engine by Newtons of Liverpool; and a fresh set of correct carpets. The vendor describes the 4.2-litre XK engine as "excellent" and the automatic transmission, White paintwork, Grey leather interior and limousine bodywork as "very good". The indicated mileage stands at an unwarranted 73,223 and the current MOT is valid until September next year.
Share: