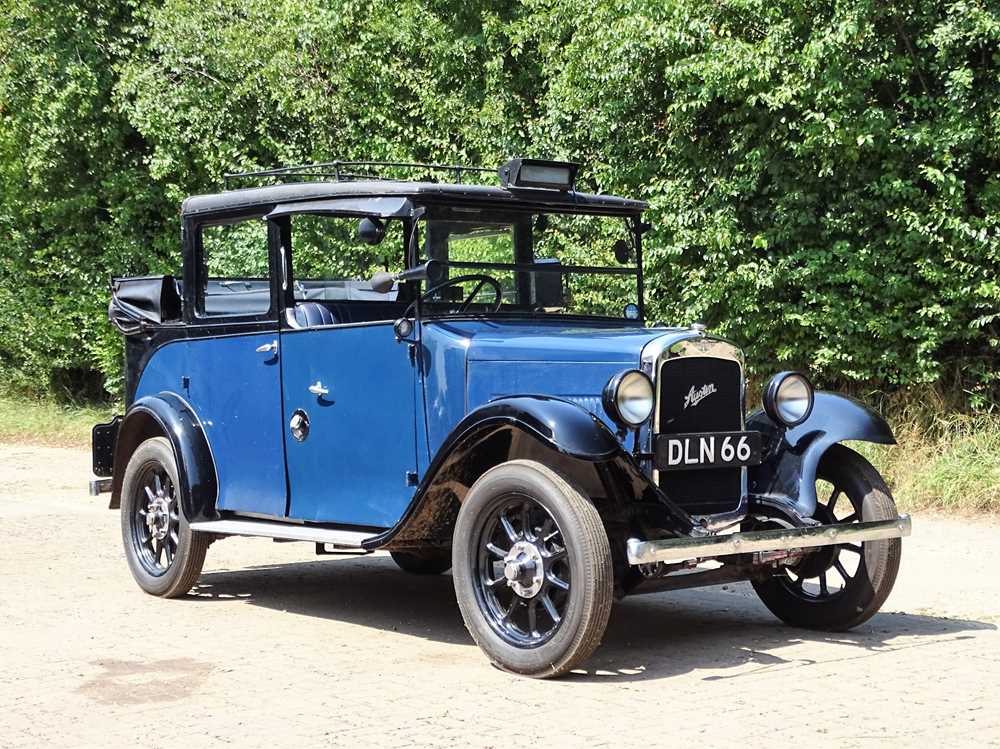 Prompted to enter the London taxicab market in 1929 by a generous order from dealers Mann and Overton, Austin soon upset the status quo. Based on the redoubtable 12/4 chassis, the Longbridge manufacturer’s ‘High Lot’ model was cheaper, easier to maintain and more reliable than its Morris Commercial and Beardmore opposition. Updated in 1934 as the ‘Low Loader’ or ‘LL’, the Austin boasted ample luggage space next to the driver and four seats to the rear compartment (though, two of these were of the ‘fold down’ variety). Among the more expensive coachwork options, Strachan Successors Ltd’s Landaulette design featured a retractable rear roof that allowed passengers to make the most of any clement weather and intricate wooden door cappings. Famously durable, the 12/4’s 1861cc sidevalve four-cylinder engine was allied to an equally stoical four-speed manual gearbox both of which promised years of faithful service.

First registered in London (or so its ‘DLN 66’ number plate would imply), chassis BS80865 is understood to have remained in service until at least 1955 latterly with the Barnsdale Garage and Engineering Co Ltd of West Riding, Yorkshire. Dry stored for decades thereafter, it was self-evidently restored before being re-registered with the DVLA during August 1990. Entering the current family ownership twenty-three years ago, the Austin has been used for film hire and weddings as well as high days and holidays. Starting readily upon inspection following a recent temporary repair to the engine’s cylinder head, the 12/4 has been primarily garaged since 2017 and would thus benefit from recommissioning. Finished in traditional Blue over Black livery, correct coachwork fittings include the roof mounted 'For Hire' sign, the taxi fare meter and the Metropolitan Police Fare Table. Comprehensively re-trimmed at a cost of circa £5,000, this appealing ‘Low Loader’ represents an iconic piece of British street furniture from a bygone age and would be welcomed on the HCVS’ London to Brighton Commercial Vehicle Run and at exclusive taxicab events.

PLEASE NOTE: Since the catalogue went to press we have been contacted by Mark Cooper of the London Vintage Taxi Association who has very kindly provided the following information:

From the left, the ledger columns show;