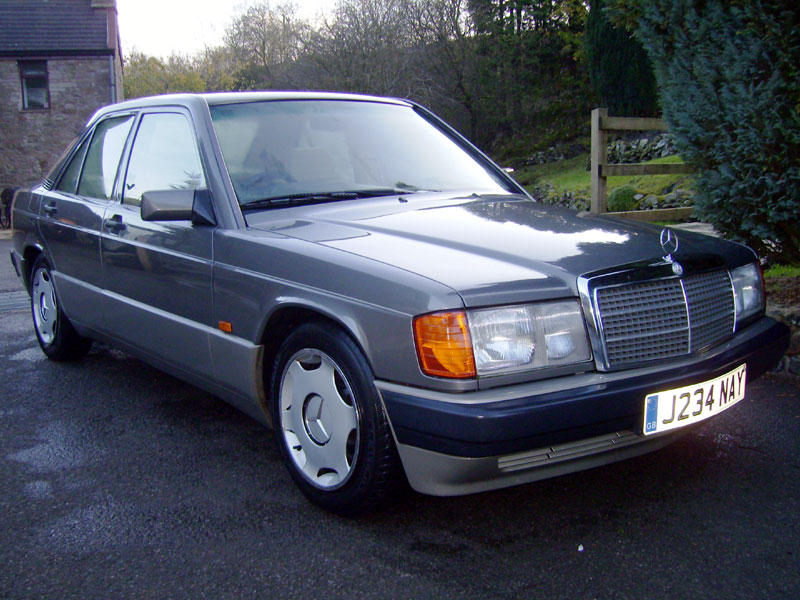 The precursor to the C-Class, the W201-series 190 was Daimler-Benz's compact executive offering from 1983 until 1993 and the most affordable model in its line up at the time. There was just one body style - a three-box, four-door saloon - and a range of petrol engines from 1.8 to 2.6 litres and a selection of diesel units from 2.0 to 2.5 litres. A total of nearly 1.9 million 190s were produced during the model's 10-year reign, many of which are still providing sterling service today. Thought by Mercedes to have been over-engineered, it is considered by many owners to be a better option than the C-Class model that replaced it!

The vendor acquired this 1992 right-hand drive Metallic Grey 2.0-litre example at our September 2009 sale for his son. It has subsequently been treated to two new tyres, a metering unit, brake pipes and pads, full exhaust system and lower ball joints. He informs us that it "uses no oil or water, has good oil pressure and drives really well". He rates the engine as "excellent", the bodywork and automatic gearbox as "very good" and the paintwork and Beige cloth interior trim as "good". The Benz comes complete with an MOT into April next year and the equine inclined registration 'J234 NAY'.
Share: