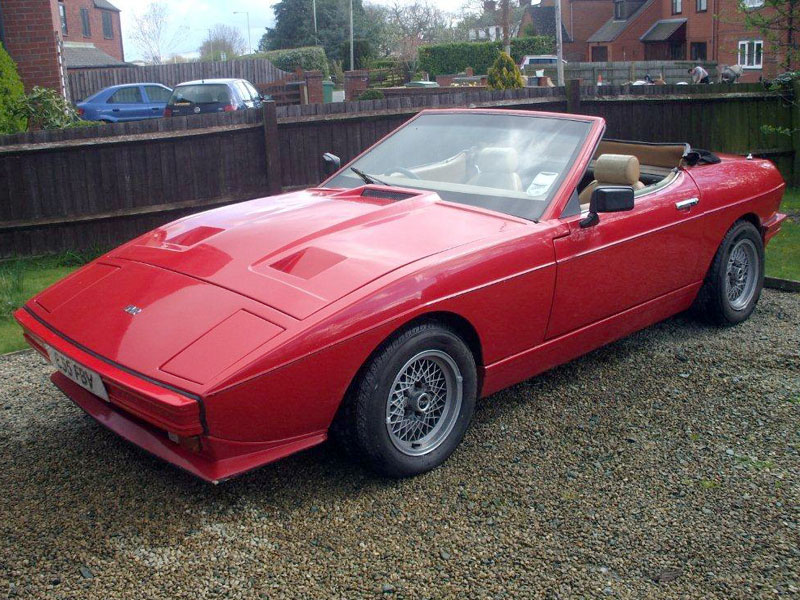 The first of TVR's wedge-shaped designs, the Oliver Winterbottom-penned Tasmin 280i first appeared in 1980. It was produced in both Coupe and Convertible guises and powered by Ford's 2.8-litre V6 Cologne engine that produced 160bhp in standard form - most of the related running gear was also sourced from Ford models of the time. By 1984 the Tasmin element of the name had been dropped and it was known simply as the 280i.

This unique example started life as a standard 280i Convertible before being breathed on in period by AVJ Engineering of Pershore. Via the addition of a turbocharger they were apparently able to increase the output to a Porsche rivalling 230bhp. Apparently delighted with the result, the original owner lent 'C55 FBV' to Country Life magazine, whose motoring correspondent David Tomlinson reported on it with enthusiasm, noting, 'floor the throttle and give the car its head, and you will be pushed back in the seat with all the force of a Ferrari'. The vendor regards this interesting TVR as "highly original" and regards the bodywork, engine and manual gearbox as "good" and the Red paintwork and Beige cloth trim as "fair". He is selling it complete with many bills, receipts and documents to confirm the provenance, plus an MOT into April 2013.
Share: