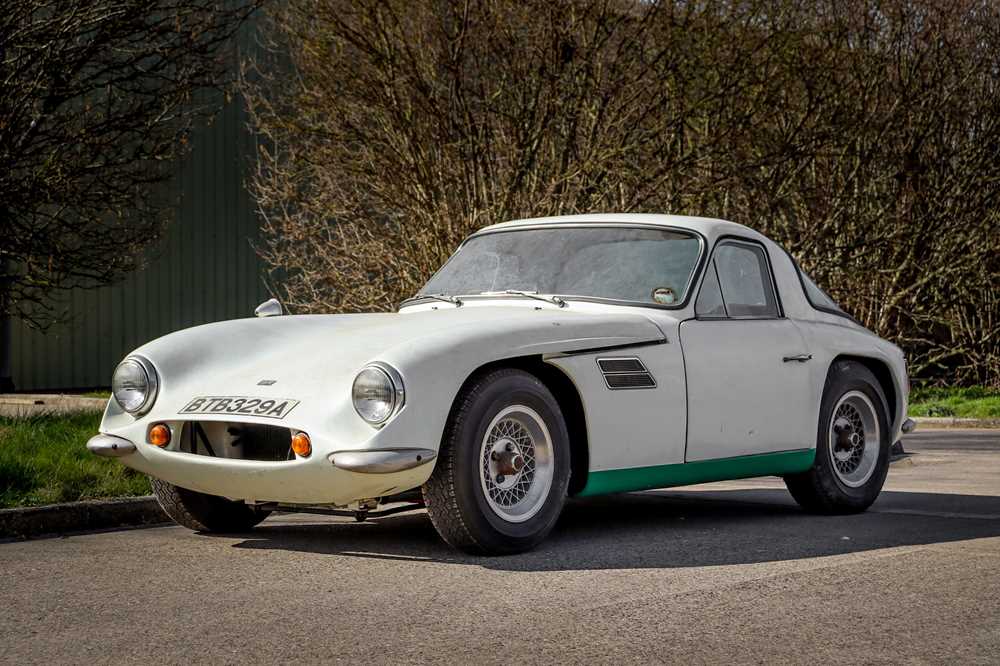 The first production model TVR in a long line of TVR cars, the Grantura debuted in 1958 and went through a series of developments leading to the Mark I to Mark IV and 1800S models, with production ceasing in September 1967. Hand-built at the TVR factory in Blackpool with varying mechanical specifications, the Grantura was also offered in ‘kit form’. All cars featured a cocktail of Austin-Healey brakes, VW Beetle or Triumph suspension parts and BMC rear axles. The Grantura bodyshell was made from glass-reinforced plastic and made use of a variety of proprietary components, with a front-hinged bonnet. There was no opening at the rear but the boot could be accessed from inside the car (although the spare wheel had to be removed through the front doors). Buyers could choose from a range of powerplants which, depending on the model in question, included a choice of side or overhead valve engines from Ford, a Coventry Climax unit, the engine from the MGA and, ultimately, the 1798cc BMC B-series engine.

Manufactured in 1963, this MkIII Grantura was registered new to a small car dealership based in Mill Hill, North London, on the 23rd of December that year. Fitted with the 1798cc straight-four BMC B-Series engine with the four-speed manual transmission, the TVR is finished in White with Black interior upholstery. One of just c.60 MkIII examples produced, it was retained by the car dealership until July 1967 when it was purchased by the first private keeper. Driven competitively on a few occasions at Lydden Hill race circuit in 1967 and 1968, a second MkIII Grantura, this time a lightweight race car, was purchased and ‘BTB 329A’ became the tow vehicle from 1970 through to 1976.

Following the purchase of a Jaguar for towing in 1976, the TVR was fitted with a Vixen rear end during the mid-1970s. Taken off the road from 1985 awaiting a restoration that never materialised, ‘BTB 329A’ was purchased by the vendor (although never registered to him) in 2014. The engine has received an overhaul, however will require further recommissioning prior to use. With a recorded mileage, which is thought to be genuine, of 52,875 miles, the TVR is offered with some photographs of the TVR at various stages of its life, an MOT certificate from 1984 (at 50,579 miles) and a V5C. A worthy and rare Grantura project with low ownership and with an interesting history.