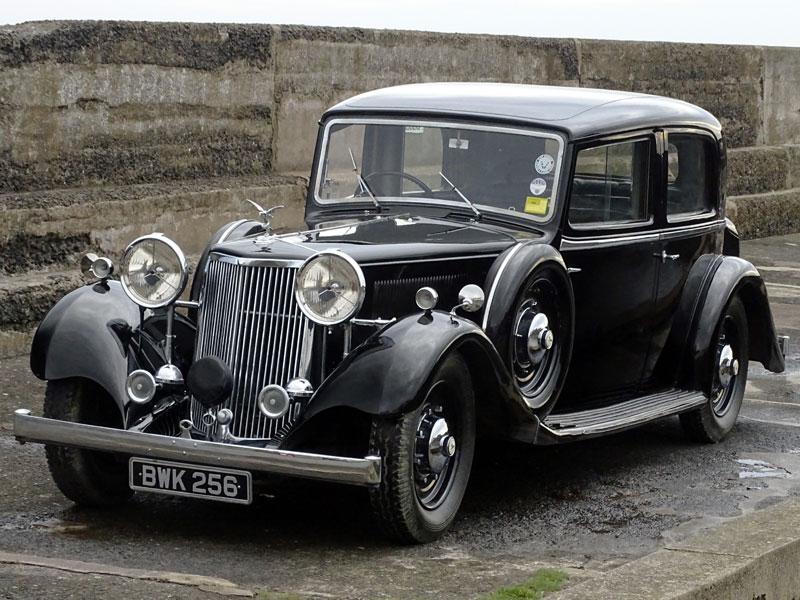 Arguably the most exotic Armstrong Siddeley ever produced, the Siddeley Special was unveiled at the 1932 Olympia Motor Show. Fabricated from aircraft-grade Hiduminium alloy, its 5 litre straight-six engine was notably smooth and powerful. Available with a variety of open and closed coachwork, the Siddeley Special was among the best performing luxury cars of its generation. As well as the choice of two wheelbase lengths, the Mark II version also ushered in a host of detail improvements including twin SU carburettors. Of the 253 Siddeley Specials made, just 30 or so are known to have survived to the present day.

Initially serving as a factory demonstrator, chassis 3418 was sold to its first private keeper, Sir George Shirtcliffe, on 5th September 1936. Resident in the Antipodes for most of its life, the Touring Limousine was repatriated by the late Sir Colin Hope during winter 1998 and reissued with its original UK number plate, 'BWK 256', the following year. Seemingly never allowed to deteriorate to the point of needing restoration, the Siddeley Special is understood to have been mechanically overhauled whilst in Australia. More recent work has included a brake system overhaul. Apparently complete, the Special is in fair cosmetic order. Running and driving when photographed during late October 2016, it will nonetheless require recommissioning prior to road use.
Share: