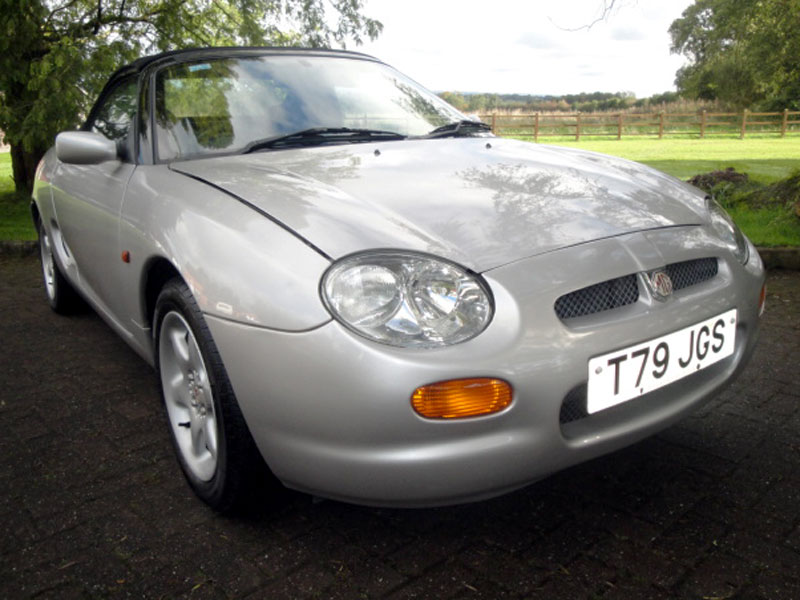 The MGF was unveiled to considerable acclaim in the autumn of 1995. It was powered by a 1796cc version of the company's K Series engine, mated to a close ratio five-speed manual gearbox. The impressive ride was courtesy of Hydragas suspension similar to that of the Metro. Performance was lively - for the standard (non VVC) version, you can expect around 8.5 seconds for the 0-60mph sprint and a top speed of 120mph. Some 77,269 MGFs had been built by the time the model was supplanted by the TF in 2002.

This 1999 right-hand drive MGF has Silver bodywork and contrasting Dark Green leather upholstery. It has had four keepers to date and currently displays a total of 46,544 miles that the vendor believes but does not warrant to be correct. He informs us that: `T79 JGS' "has always been very well cared for, its paintwork and interior are superb, the hood is in good condition and contains a new rear screen", and that "the car runs and drives excellently". The MG is being sold complete with its original leather folder containing owners' manuals and service book (the latter apparently includes six service stamps from marque specialist Brown & Gammons), plus a fresh MOT. An apparently attractive example of this latter-day classic.
Share: