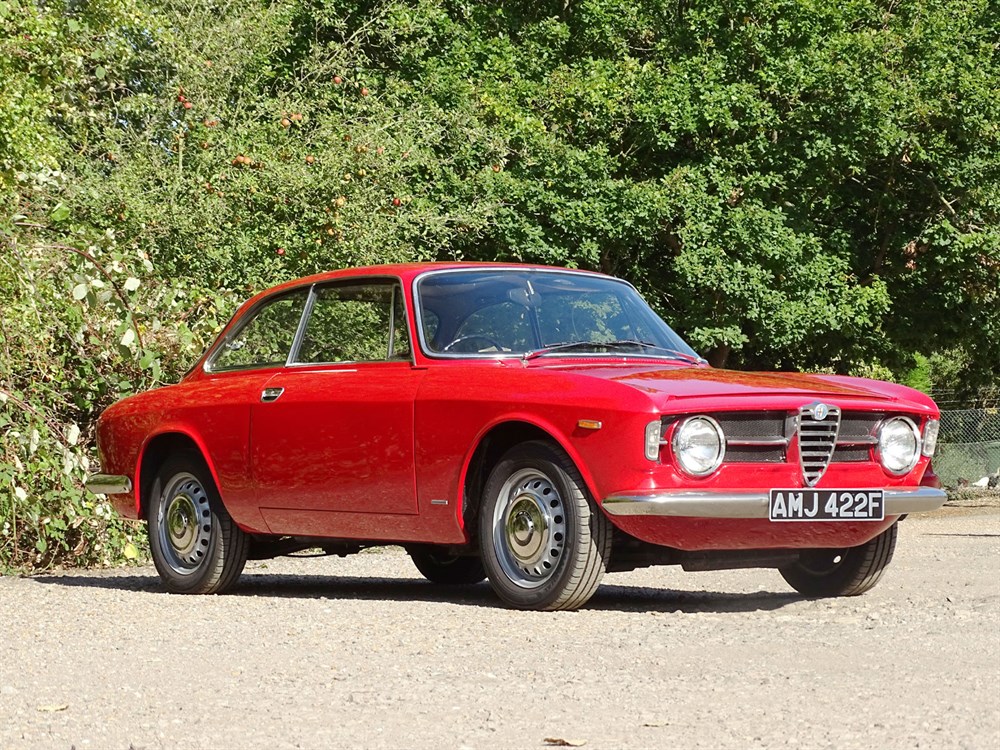 - Self-evidently benefited from a restoration and repaint

The very tidy righthand drive `step front' Junior on offer was purchased in South Africa by the vendor, who has a house there. Part of a private Alfa Romeo Collection, it has self-evidently benefited from a restoration and repaint and more recent brake overhaul. Moreover, along the way the original 1300cc engine has been supplanted by a later 1600cc unit and the vendor currently regards the Alfa's bodywork, Red Paintwork, Black interior trim, twin-cam engine and five-speed manual gearbox as all being in `excellent' condition. `AMJ 422F' is now offered complete with a collection of related invoices.
Share: