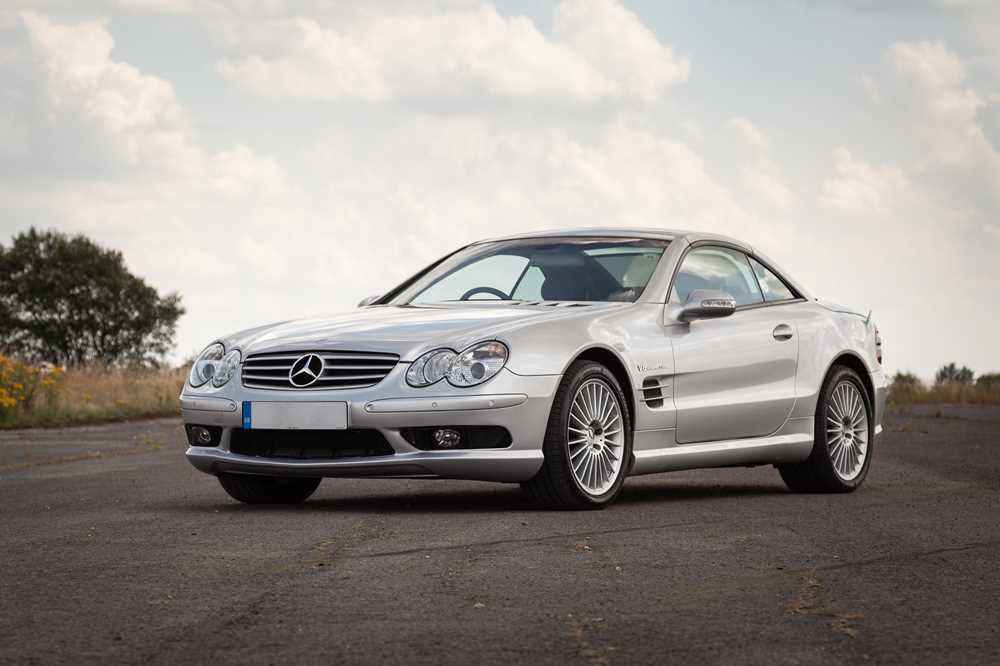 Built to order number 0253754869 and despatched from the factory on September 2nd2002, chassis F029491 was finished in Brilliant Silver Metallic with Anthracite ‘Exclusive’ Leather upholstery. Understood to have cost its first owner over £100,000, the Mercedes-Benz’s impressive specifications included Parktronic, COMAND, Multi-Contour Seats, Panoramic (glass) hardtop, ABC suspension, electric folding mirrors, AMG styling package (front spoiler, side skirts), premium sound system and Bi-Xenon headlights. Entering the current (second) ownership in 2011 – that of our founder Simon Hope – the SL55 AMG is warranted to have covered just 43,000 miles from new. Simon bought it directly from the first owner, a noted car collector, and has kept her in a Carcoon when not in use but the two-seater has been enjoyed on numerous long-distance jaunts around the UK by Simon and his wife. Able to waft or roar as the driver sees fit, chassis F029491 has only ever been main dealer serviced at 12,285, 24,460, 29,342, 34,272, 37,645, 40,685 and 41,176 miles. Reluctantly offered for sale only due to its lack of use.

Notable as the most powerful production car ever fielded by Mercedes-Benz upon its launch in 2002, the SL55 AMG received rave reviews from the contemporary motoring press. Boasting one of the greatest engines of the 2000s, its supercharged 5.5 litre V8 produced some 476bhp and 700Nm of torque (the latter at just 2,650rpm). Allied to a five-speed automatic transmission, it enabled the two-seater to sprint from 0-60mph in 4.5 seconds and on to a limited top speed of 155mph. Though, AMG ‘let slip’ that a de-limited yet otherwise standard example has been clocked at 205mph! Surprisingly civilized given the performance on tap, the SL55 boasted a full suite of ‘creature comforts and a firm but not jarring ride. Visually enhanced via re-profiled bumpers, quad exhaust tips and 18-inch alloy wheels, demand for the newcomer soon outstripped supply. An undoubted modern classic and one of those cars which is more than a sum of its parts, the SL55 AMG enjoys something of a cult following.