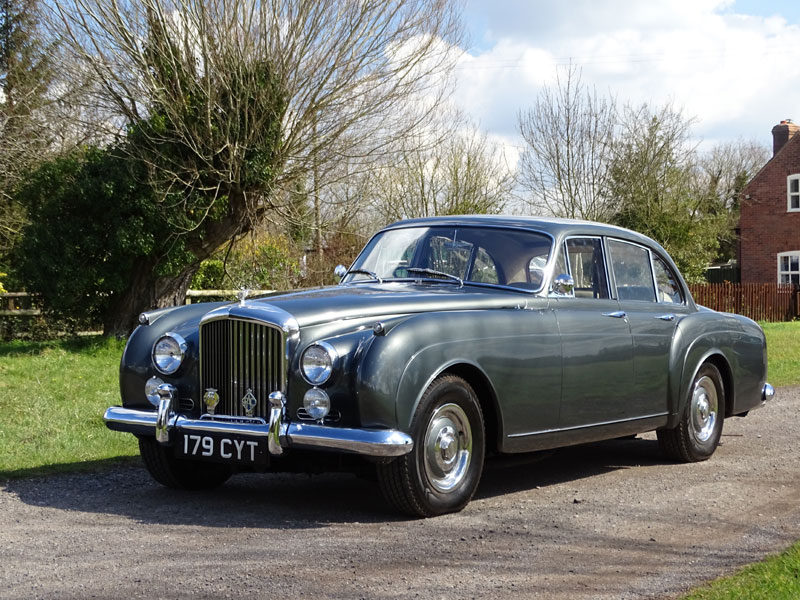 The Flying Spur offered here is chassis number BC48CZ that was clothed new by H.J. Mulliner in 1961, finished in Regal Red with contrasting Beige interior and sold by H.R. Owen to M.O. Lewis & Co. It then passed through four further UK keepers before crossing the Atlantic in 1986 and into the hands of collector John Edwards of Great Falls, Virginia. It remained in his care until the early 1990s, when it became part of the Ecclestone Collection established by F1 supremo Bernie Ecclestone. Though he retained the Bentley for fifteen years, it covered just 700 miles in his hands before being sold in October 2007 via RM auctions to dealers Bramley of Kensington, from whom it was acquired by the vendor. Unhappy with the colour scheme of Valentine Cream coachwork and Beige trim he had the Bentley re-liveried in Tudor Grey teamed with a Stone-coloured hide interior in 2013. The woodwork and other fitments were renovated at the same time, the total bill for which exceeded £40,000.

Having travelled less than 9,000 miles in the last 30 years, this highly desirable Bentley currently displays a total of just 45,438 miles. The vendor presently grades the H.J. Mulliner coachwork and paintwork as 'excellent' and the interior trim, V8 engine, and automatic transmission as 'very good'. He is offering '179 CYT' complete with invoices for the work carried out and 18 old MOTs.
Share: