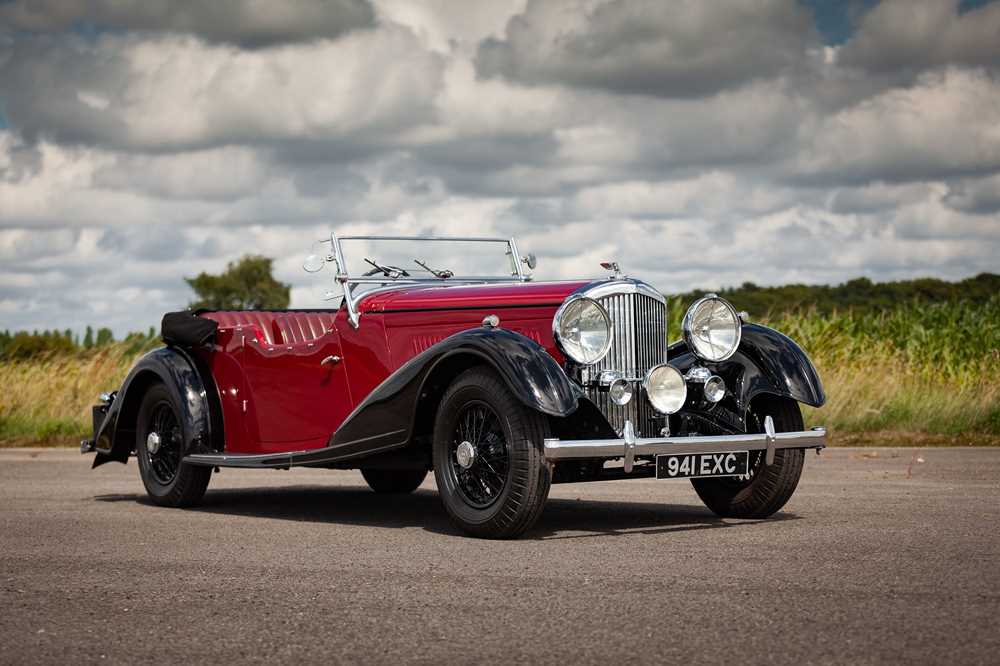 Unveiled to great acclaim at the August 1933 Ascot Races, the Derby Bentley was underpinned by a ‘double dropped’ chassis featuring all-round semi-elliptic suspension and four-wheel drum brakes. Powered by a more potent version of its Rolls-Royce 20/25 sibling’s 3669cc OHV straight-six engine allied to four-speed manual transmission, the newcomer was soon christened the ‘Silent Sportscar’. Responding to increased competition from the likes of Alvis and Lagonda, Bentley gave its customers the option of a larger 4257cc engine during the 1936 season. Priced at £50, a comparatively modest sum compared to the cost of a basic chassis, the new unit proved so popular that the smaller capacity powerplant was soon dropped. Nicely balanced to begin with, the Derby Bentley chassis proved more than capable of handling the extra power and torque. Further revised in late 1938, the ‘Silent Sportscar’ gained centralised chassis lubrication, automatic shock absorbers (with hand control override), better steering, improved 'big-end' crankshaft bearings and - most importantly of all - an 'overdrive' gearbox with direct drive on 3rd gear and overdrive on 4th gear. Available from chassis B2MR onwards, these modifications allowed it to tackle Europe’s first generation of high-speed roads such as Italy's autostradas or Germany's autobahns with confidence. Long sought after due to their relaxed cruising capabilities and theoretical 100mph plus performance (they were geared to 107mph in 'overdrive' top), production of the final MR and MX series amounted to a mere 200 cars.