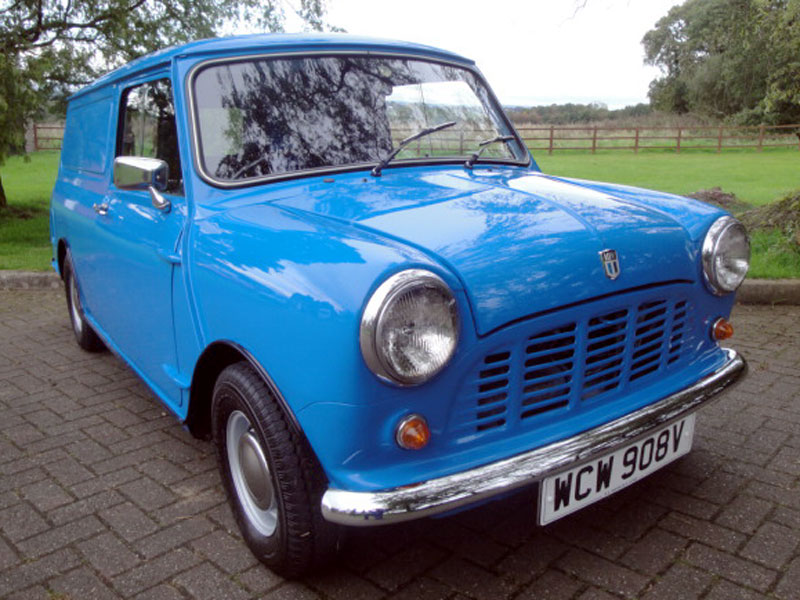 Subsequently voted the second most influential car of the Twentieth Century, the Mini broke cover in 1959. In addition to the standard Saloon, BMC/BL built a variety of other versions including: the Traveller, sporty Cooper and Cooper S models, Clubman and 1275 GT, Moke, Pickup and the popular Mini Van (dubbed Mini 95 from 1978). The latter was based on the longer platform of the Traveller and had a load capacity of 0.25 tons. Available from 1960 until 1982, it was classed as a commercial vehicle and therefore avoided sales tax; making it a cheaper alternative to a car as well a handy goods vehicle - some 521,494 examples were manufactured.

The time warp 1979 Mini 95 offered has been the property of one family and covered just 38,451 miles from new. Factory fitted with a rear seat, the Van's history file contains a detailed log of every mile driven until 2000, during which time it averaged 38.30mpg. For the next 12 years it was dry stored when not on display and travelled just 900 miles. During its recent recommissioning it was treated to new brakes, tyres and exhaust, serviced and provided with a fresh MOT. The vendor informs us it now "drives superbly" and that the "engine, gearbox and bodywork are all excellent".
Share: