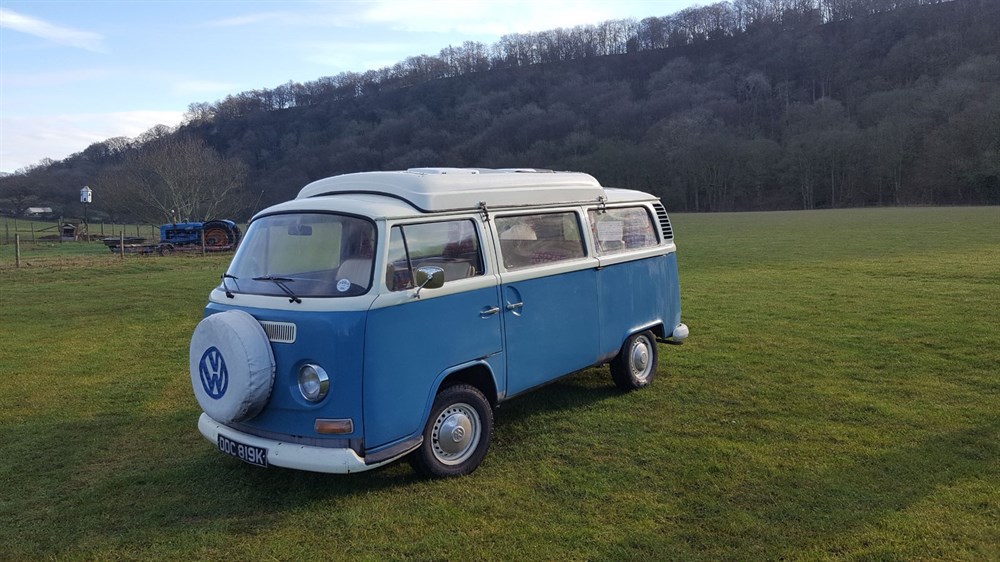 - Rock and roll bed , 2 hammocks in the roof

- A number of bills and past MOT certificates on file

The T2 version of the Type 2 Volkswagen van was launched in 1968 to replace the shorter `Split-window' T1 version. Visual changes to the T2 included the large, single-piece windscreen giving the `bay-window' nickname. While under its skin the newcomer benefited from the adoption of a half-shaft driveline to the rear which not only accommodated an increase in ride height but also improved handling. Larger engines were fitted, and a longer wheelbase was introduced. The vans became popular with motor caravan builders, as it was easier to meet the needs of each conversion in the bigger `bus. T2a derivatives were the original incarnation, and had curvaceous bumpers wrapping close to the body, the front one incorporating the cab-step. Later T2b versions moved to stand-off bumpers without this endearing feature, so it is fortunate that this '72 Devon camper is the more-stylish T2a version. Its provenance is confirmed from the one owner, who bought it new, and had it `Endrust' treated immediately.
Share: