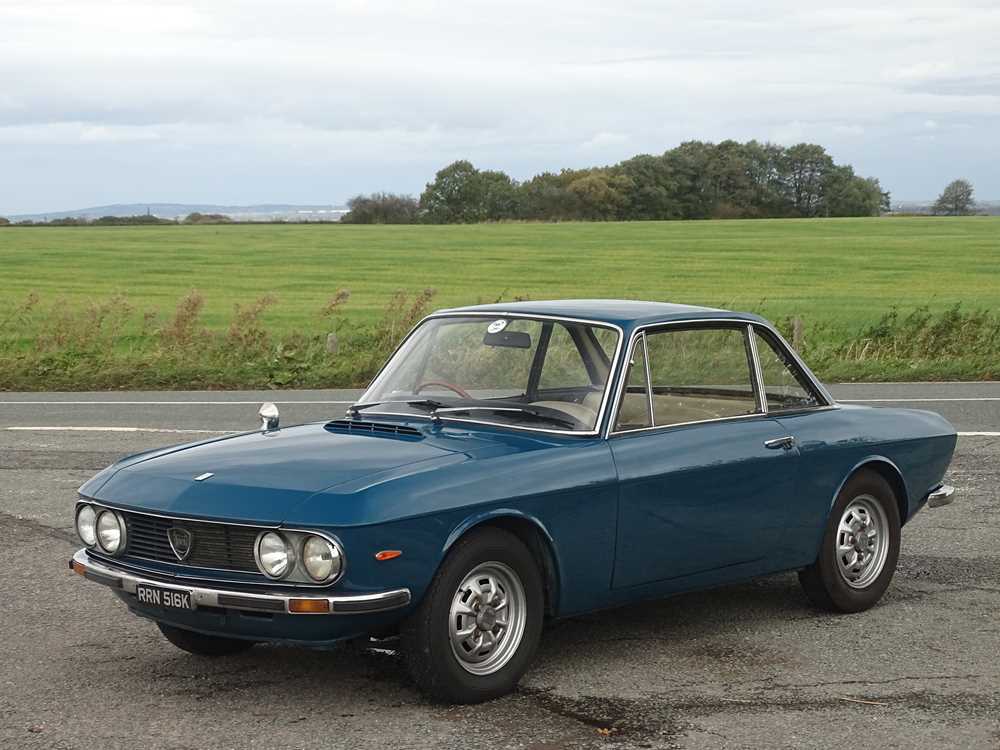 The Lancia Fulvia Saloon made its debut at the 1963 Geneva Salon. The newcomer featured a narrow-angle DOHC V4 engine mounted ahead of and driving the front wheels. Front suspension was independent by wishbones and a single leaf spring, while a solid axle with Panhard rod and leaf springs was employed at the rear. Braking was by discs all-round. The two-door Coupe derivative was introduced at the 1965 Turin Salon, the wheelbase of which was 5.9in shorter than the Saloons. Countless race and rally victories were accrued by these feisty little cars, not least victory in the 1972 FIA Manufacturers Championship. All versions of the Fulvia were facelifted in 1969. These Series II cars had superior disc brakes, five-speed gearboxes, a diaphragm clutch, stiffer springing and an alternator.

Supplied new to Sgt. T. I. Millner who was based at RAF Wildenrath in Germany, this 1971 Fulvia was manufactured new as a right-hand drive example. Powered by the 1298cc Lancia V4 engine mated to the five-speed manual transmission. Finished in the attractive colour combination of Mendoza Blue with Beige vinyl interior upholstery. Brought to the UK in 1973, the 1.3S entered into current ownership in 2013, purchased from the previous custodian of seven years and has a recorded mileage of some 95,500 miles.

Benefitting from a comprehensive engine and brake overhaul by Omicron Classico in 2014 to the cost of approximately £6,800 (with the invoice on file), the Lancia was subsequently furnished with new front and rear screen seals and front discs and pads in 2018 (costing c.£900). Additional improvements include some cosmetic renovation in 2019 and two new tyres and servicing this year. Offered with a history file including an original sales invoice, instruction book and sales literature; a selection of MOTs (the earliest dating from 1984); a large collection of invoices relating to work, servicing and parts; images from a European road-trip in the early 1970s and V5C document.