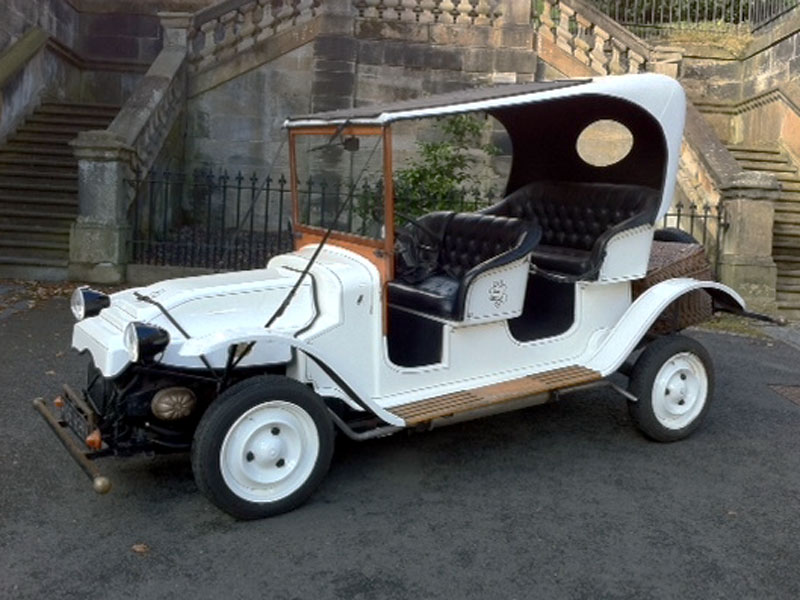 The development of the incomparable Citroen 2CV dates back to 1936, ie a couple of years after the company had been rescued by Michelin. Research carried out amongst France's largely rural population determined the unique design brief, that called for: a low-priced, rugged `umbrella on four wheels' that would enable four peasants to drive 110lb of farm goods to market at 31mph in clogs and via muddy, unpaved roads; including transporting eggs across a ploughed field without breaking them. Production was delayed by WWII, but began in 1948, following which no less than 3,872,583 2CVs were manufactured before manufacture ceased 42 years later.

Little is known about the `beach car' conversion on offer, though it is understood to be one of only a few built in Majorca around new 2CV chassis and running gear. The left-hand drive example in question was apparently purchased new by Mr Hamilton of Hamilton-Wiseman Dairies in Scotland and features distinctive open-sided four-seater bodywork, running boards and cycle wings. The road wheels, steering wheel and headlight nacelles are the only immediate clues to the model's ancestry, while stowage is achieved via a large wicker basket at the rear. In apparently good overall condition, `PGE 925Y' is MOT'd until September 2013 and being sold at No Reserve.
Share: