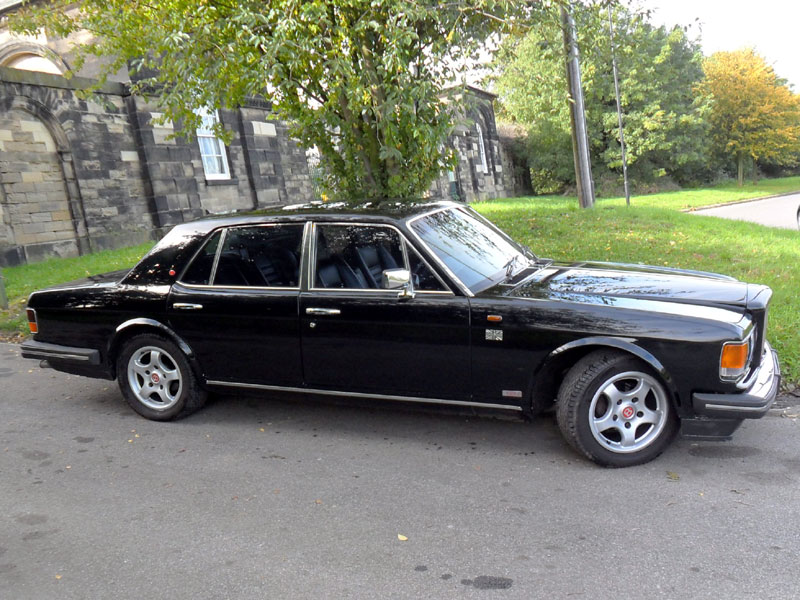 Unveiled at the 1985 Geneva Motorshow, Bentley's Turbo R was based on the chassis of the Mulsanne and powered by a modified version of the engine from the Mulsanne Turbo. The chassis changes were key to the model's success - this was to be an unashamedly sporting motorcar, requiring tauter suspension than the Mulsanne. The front anti-roll bar rate was therefore increased by a whopping 60 percent and that on the rear by no less than 80 percent. Tuned dampers replaced the standard Mulsanne units and a Panhard rod was fitted to limit lateral axle movement. The rate of the coil springs remained as per the Mulsanne but a front air dam was added for improved aerodynamics. The 6750cc engine with Garrett AiResearch turbo was retuned with Bosch MK-Motronic fuel injection for increased torque. The result was a stump-pulling 487lbft - sufficient to launch the leviathan to 60mph in under six seconds and on to a top speed of around 150mph.

The unrestored 1987 Turbo R being sold features Black bodywork and a Red-piped Black hide interior. It has apparently been chauffeur-driven for most of its life, accruing an indicated 120,000 miles in the process, which is supported by the service history. It is offered complete with an MOT valid until July 2013.
Share: