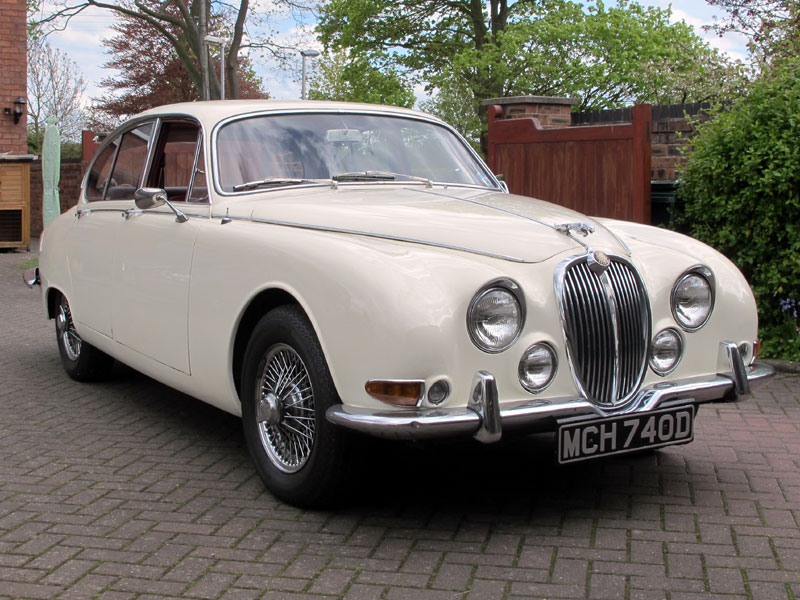 The S-Type was available with either 3.4 or 3.8-litre twin carburettor versions of the ubiquitous XK engine and sold from 1963 to 1968. It differed from its immortal MKII sibling in having longer rear bodywork and an extended rear roofline; slimline bumpers front and rear; and deeper rear mudguards in place of the MKII spats. The major technical change was the use of independent rear suspension (an adaptation of the MKX system), though the newcomer also featured a higher-geared Burman power steering set up and an updated heating and ventilation system. The more sumptuous interior included a MKX style walnut facia and wider front seats etc.

This right-hand drive 1966 3.8-litre model sports Old English White paintwork complemented by a Red ambla interior and is equipped with the desirable manual gearbox with overdrive and power steering. The Jaguar was apparently first registered overseas and has had six keepers since 1997; the vendor acquiring it in August 2009. He has subsequently treated it to new springs and dampers and is "very pleased" with the car's performance. He considers the condition of the bodywork to be "95%", the interior trim to be "90%", the six-cylinder engine and four-speed gearbox to be "very good" and the paintwork to be "good". The MOT is valid into July.
Share: