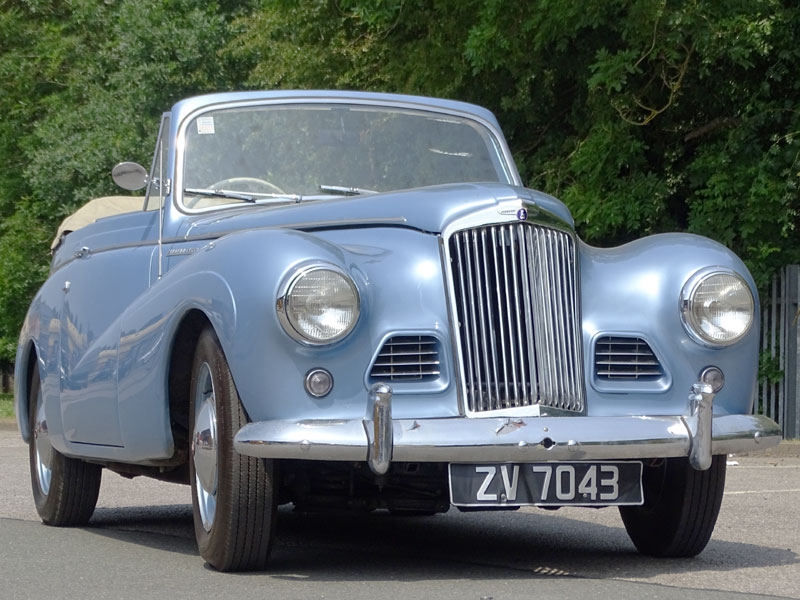 Part of a County Wexford based collection since 2004, this particular example was supplied new to New Zealand. Fitted with a replacement MKII engine before being extensively mechanically and cosmetically restored during the mid-1980s, the Sunbeam-Talbot had its cylinder head overhauled in 2000. Repatriated the following year and UK road registered as `LAS 714' in 2002, the Drophead Coupe gained a reconditioned gearbox some twelve months later courtesy of marque specialist Graham Brooks. Entering the current family ownership via the renowned Hurst Park Automobiles of Surrey during 2004, the four-seater remains presentable albeit its front bumper would benefit from re-chroming. Starting readily upon inspection, the Sunbeam-Talbot behaved well during a recent photography session but would doubtless be improved for a thorough service and other recommissioning works. A rare coachbuilt, four-seater 1950s Drophead Coupe. What's not to like? Offered for sale with assorted NZ paperwork, Hurst Park invoice and sundry other paperwork.
Share this page: