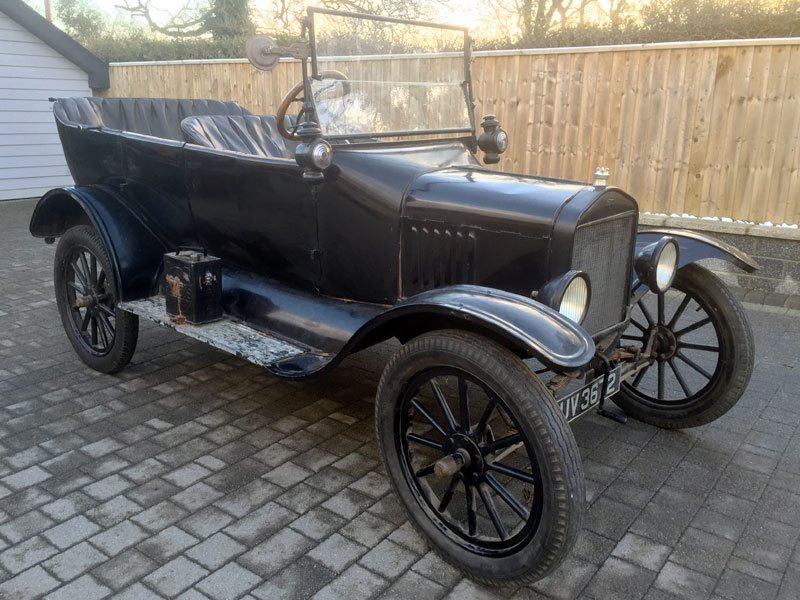 This 1919 Ford Model T Tourer is understood to have been manufactured in Canada with RHD configuration and exported to Australia. We are informed that it was imported into England from Australia during the 1980's at which time it was restored, with photographs on file showing the car in various states of rejuvenation. The car is reported to have "no modifications and is in sound working order following re-commissioning after a prolonged period of storage", plus "the original hood is also included in the sale, along with a good history file." The vendor acquired the car in December 2015 and they describe the paintwork and interior trim as being in "average" condition and the bodywork, engine, and transmission as being in "good" condition.
Share: