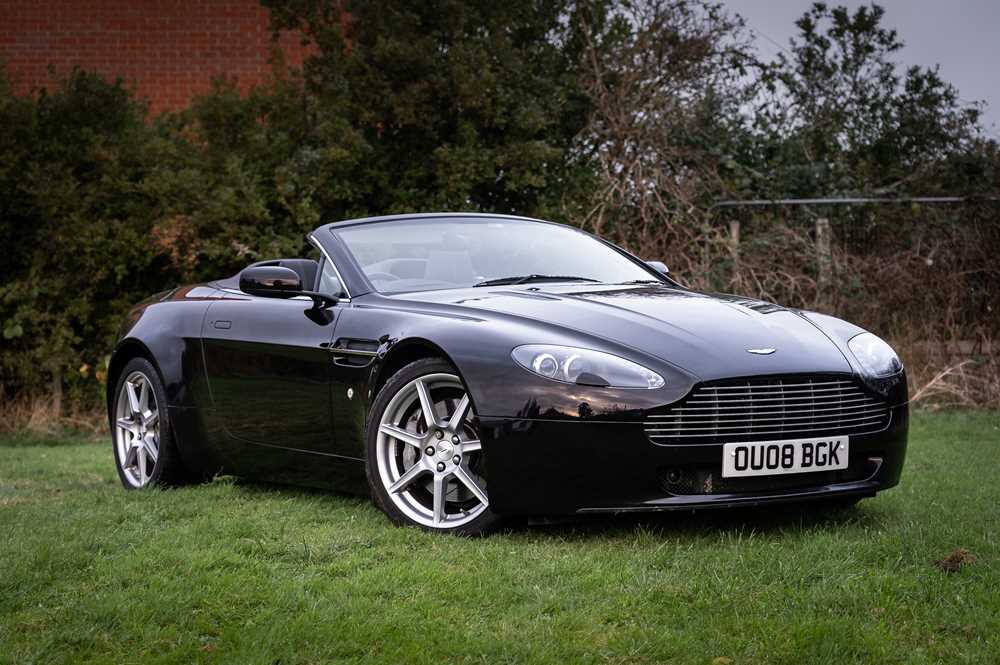 Following the unveiling of the AMV8 Vantage concept car in 2003 at the North American International Auto Show, the production version, known as the V8 Vantage was introduced at the Geneva Motor Show in 2005 for the 2006 model year. Featuring bonded aluminium structure for strength and lightness, the V8 Vantage was initially powered by a 4.3-litre quad-cam 32-valve V8 which produced 380 bhp and propelled the car to 60mph in just 4.9 seconds, with a top speed of 175mph and benefited from a 49/51 front/rear weight distribution due to its front mid mounted engine with rear mounted transaxle. Later in 2006, Aston introduced their automated manual gearbox option, the sportshift. Sportshift added electro-hydraulic control to the existing Vantage 6-speed manual gearbox to offer improved shift times and replaced the conventional manual gear lever with push button controls and paddles on the steering wheel.

The Vantage was an immediate success. Some estimate by the time the car was first shown, some dealers had as much as a three year waiting list and the car was one of only two cars added to BBC Top Gear’s ‘DB9 Section’ mini fridge, reserved for cars even cooler than ‘Sub Zero’. The car would later go on to receive Jeremy Clarkson’s 2005 Best Sounding Car of the Year, and Coolest Car of the Year. Nowadays, the V8 Vantage is still considered one of the best looking cars of all time and has become an undisputed modern classic, with values rising over the past 12 months.

Included with the vehicle are a number of documents including the original handbook, which includes two Aston Martin service stamps, as well as a number of folders containing invoices for other services and works carried out. OU08 BGK also comes accompanied with original tracker fobs and the vendor rates the car as ‘Very Good’ all round.