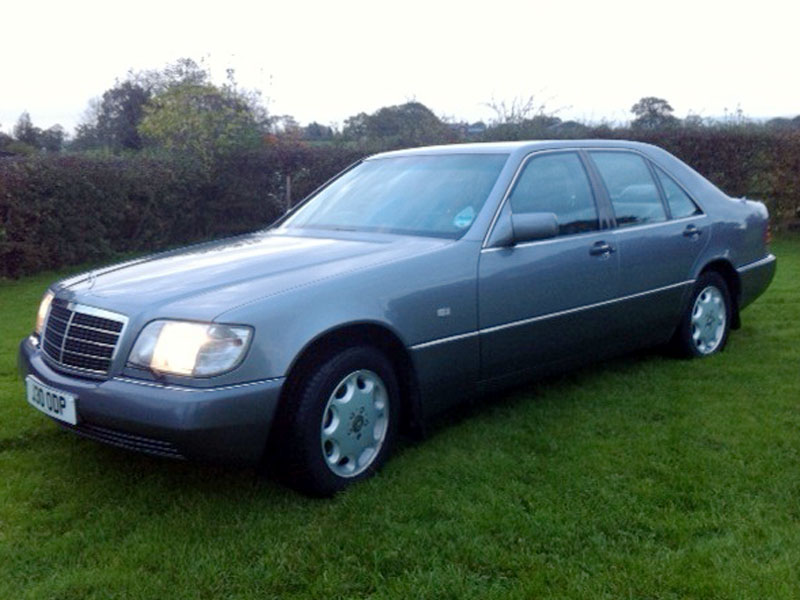 Mercedes-Benz's W140 Series was unveiled at the 1991 Geneva Motorshow as a replacement for the long running and incredibly successful W126 range. At launch the Saloon was available in short (SE) and long (SEL) wheelbase form, with the Coupe (SEC) coming on stream some 18 months later. The research and development that went into the newcomer was prodigious and cost in excess of $1 billion. Sometimes referred to as `the last Mercedes to be over-engineered' it, like its predecessor, was bristling with technology, eg: double-pane window glazing, power-assisted closing for doors and boot lid, electric windows that reversed if they encountered an obstruction, rear parking markers that rose from the rear wings (later replaced with a sonar system) etc. The 300SE variant was powered by a 228bhp straight six-engine of 3.2-litres.

Finished in Metallic Grey with Black leather upholstery, this particular example is described by the vendor as being in "A1" condition with regard to its engine, automatic transmission, bodywork, paintwork and interior trim. Reportedly, the Mercedes has had six keepers to date and comes with a large selection of bills, all but the first three MOTs and a spare tyre that has yet to touch the road. The odometer currently displays an unwarranted 62,000 miles and the MOT is valid into September 2013.
Share: