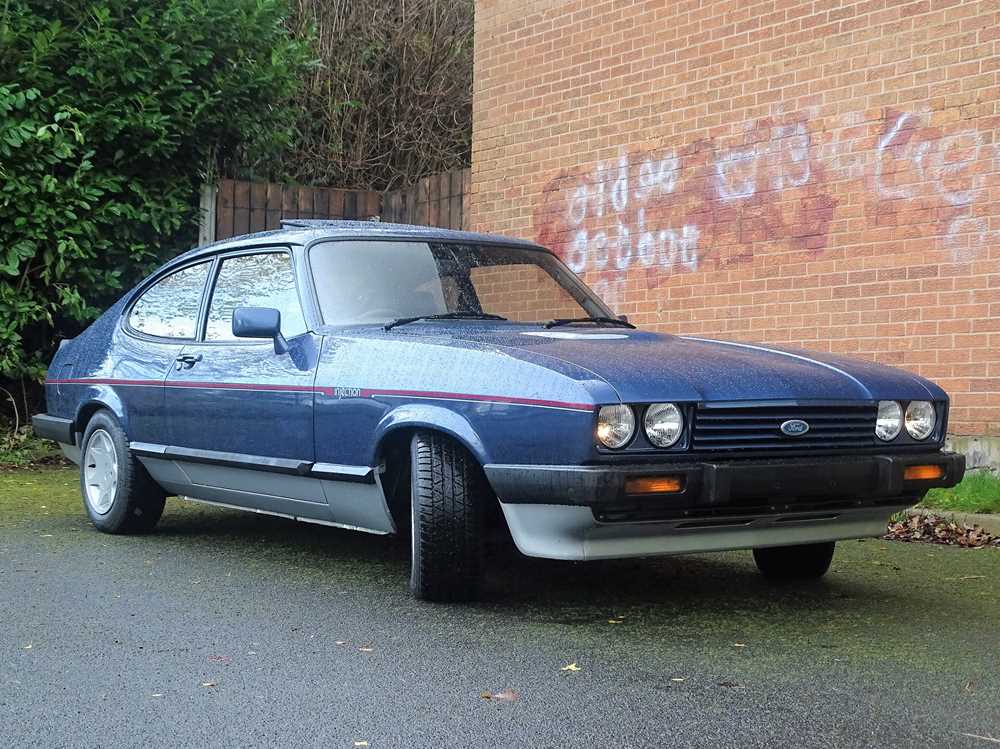 Ford's Capri was launched at the 1969 Brussels Motor Show. The fastback Coupe was intended to do for Europe what the Mustang had done for the USA - ie it was our 'pony' car, and would have been called Colt had Mitsubishi not bagged the name first. The monocoque body featured independent front suspension by MacPherson strut and a live axle with leaf springs at the rear. Worthwhile improvements came with the MKII models of 1974 and the quadruple headlamp MKIII cars introduced in 1978. Then in 1981, the venerable 3-litre Essex-engined variant was dropped in favour of the 2.8 Injection model - a single-car range powered by the lusty fuel-injected 2.8-litre Cologne V6. Power rose to 160bhp and, soon after launch, the old four-speed gearbox was replaced with a more contemporary five-speed one. Ford now had a stylish four-seat Coupe with performance capable of shaming rivals costing four times the money - it could hit 60mph in 7.8 seconds and top 130mph flat out. Capris have become hot property and many enthusiasts regard the 2.8-litre injection cars as the best of the bunch.

Supplied new via County Garage (Ellon) Ltd of Aberdeen, being purchased on the 7th of January that 1986 by the first owner (as per the original bill of sale). Fitted with the 2792cc Cologne V6 engine mated to the five-speed manual transmission, this 2.8i Special is finished in the classic colour combination of Mineral Blue over Strato Grey with Grey leather and cloth Recaro interior upholstery. With just three owners from new, the Capri was retained by its first owner from 1986 until 2012, before passing to the second keeper, who also resided in Aberdeenshire and kept the Ford until 2018. Understood to have never used the car on the road, the current (third) keeper purchased ‘C193 RSA’ in 2018, covering just 73,416 miles from new (at time of consignment) in the hands of the said three owners.

Costing £9,603.50 when new, the Capri was specified with the optional extra of Ford mud flaps as illustrated by the aforementioned original bill of sale that is presented in the history file. The history file further includes the original books (with service book and owners manual); a collection of invoices; some hand-written logs of expenditure; copies of previous logbooks; a large number of MOTs with the earliest dating from 1992; a current V5C document and two keys, one set which is displaying an original dealership key ring.

The subject of much expenditure since 2016, the Capri benefitted from engine, gearbox and rear axle refurbishment in 2016 along with fitment of new-old-stock front wings, front panel and ‘slam’ panel and repainting in the original colour scheme. The Capri’s suspension received an overhaul including uprated bushes and a brake refresh in 2017. During the current ownership, ‘C193 RSA’ has been treated to a replacement gearbox and new clutch, limited slip-differential repairs (with double clutch bands fitted) and servicing. It has also had the leather sections of its upholstery professionally re-connolised.