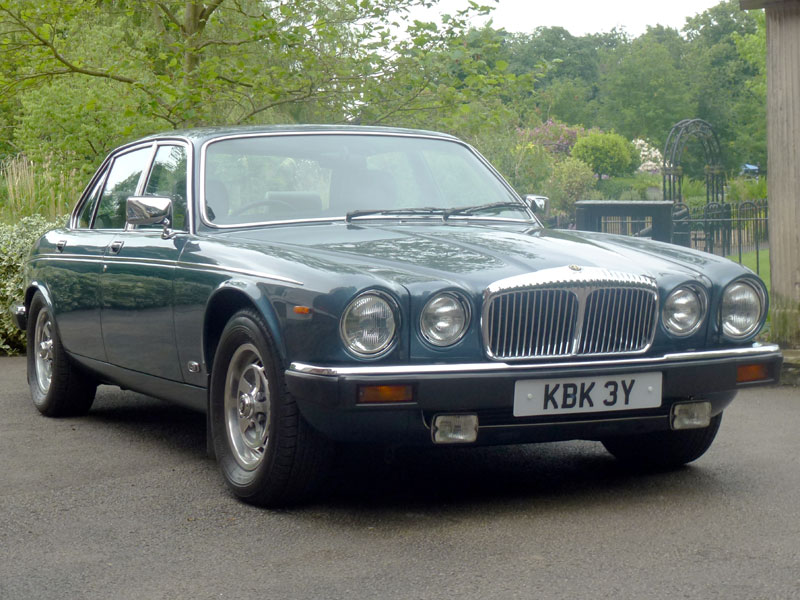 Flagship of the contemporary Daimler range, the Series III Double Six was among the most accomplished luxury saloons of its generation. Noted for the refinement of its fabulously smooth 5,343cc SOHC V12 and slick three-speed automatic gearbox, criticisms as to fuel economy were alleviated to some degree by the introduction of a new H.E. engine in 1981. Despite developing more power and torque (some 299bhp and 318lbft respectively) courtesy of its redesigned Michael May cylinder heads, this new High Efficiency unit was said to reduce fuel consumption by up to twenty-five per cent. Reputedly capable of sprinting to 60mph in 7.5 seconds and on to a top speed of 151mph, the Series III XJ12 was for many the last true bastion of pre-Ford Jaguar.

Finished in Cobalt Blue with Doeskin interior the sale car is reputedly 1 of just 894 Double Six Vanden Plas Series 3 cars made. Having had 4 former keepers the Daimler has been in current ownership since 2002 and displays 58,700 miles. Offered with the original book pack and service book the history folder also contains a collection of old invoices, MOT's, plus a Jaguar/Daimler heritage certificate and is offered with an current MOT certificate into June 2016.
Share this page: